Who's afraid of Synthia?

Venter's patent application for his synthetic cell creation has set off a frenzied debate on monopolies in genetic research, writes Latha Jishnu.

Every time Craig Venter erupts on the scene, there is mayhem. Scientists tie themselves in deconstructing his breakthrough, bioethicists worry about the consequences of scientists playing God and rivals warn us of monopolies that will stifle research in genetic engineering. 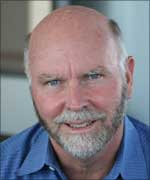 Few among us would have forgotten 1998 when Venter announced that his newly formed company Celera Genomics would race against the publicly funded $3-billion Human Genome Project and finish mapping it four years ahead of the 15-year project in 2001.

Venter did make good his audacious claim by completing the rough maps of the genome in 2000 as did the public project led by the National Institutes of Health of the US. He invited much odium, however, for planning to patent Celera's data but Venter put all the information out for free.

Last week's announcement by this brilliant geneticist that his J Craig Venter Institute had created an artificial version of the DNA was 1998 and 2007 in full replay. There were as many of his peer group deconstructing his breakthrough, now as then, to tell the not-so-clued-in laity that Venter had not created synthetic life (tut, tut) but only mimicked it.

So what did Venter and his colleagues actually do that has the community of molecular biologists in such a tizzy? Venter scientists succeeded in generating a synthetic micro-organism by putting together the synthetic genome of a bacterium called Mycoplasma mycoides bit by bit.

Starting with short stretches of DNA - the set of chemical instructions which determines what an individual cell will build and reproduce - his team cobbled together, in three stages, the full bacterial genome of one million chemical letters.

The researchers then transferred this genome into the shell of a related bacterium, Mycoplasma capricolum, whose own DNA had been removed - and voila! The transplanted genome took over the host cell's biological machinery.

Venter's team has applied for a broad range of patents on the methods it used to create Synthia and scientists like Nobel Prize winner John Sulston claim that Venter is trying to get monopoly that would prevent other researchers from experimenting with those methods.

This is a familiar criticism from the anti-Venter camp which retorts that there are far too many players for monopolies to be created. The institute points out that a number of companies are working in the synthetic genomic/biology space and "most, if not all of these, have likely filed some degree of patent protection on a variety of aspects of their work".

However, the fuss over Synthia comes in the wake of an outcry against gene patenting worldwide, specially in the US where plaintiffs have won a high-profile case against Myriad Genetics.

There is, of course, a huge difference between Venter's artificial cell and the human gene case involving Myriad but the outcry against IPRs is somewhat similar in both cases. What critics say is that patenting human genes or genes from existing living organisms is patently wrong because these are not inventions or discoveries.

And the courts, it appears, are veering round to this view. On March 30, a US court struck down patents related to two human genes linked to hereditary breast and ovarian cancers, BRCA1 and BRCA2. These patents are held by Myriad Genetics and women who want to know if they run a high genetic risk of such cancers have to go to Myriad for expensive tests.

Plaintiffs, who include the American Civil Liberties Union, the American College of Medical Genetics and several individuals, contend that BRCA patents, as like most gene patents, violate laws that prohibit the patenting of nature.

District Court Judge Robert W Sweet, who struck down the patents, concurred with the view that human genes, even when removed from the body, are still products of nature.

Myriad's argument that isolating the DNA from the body transforms it and makes it patentable did not wash the court. But the idea that isolating a gene made it patentable was "a 'lawyer's trick' that circumvents the prohibition on the direct patenting of the DNA in our bodies". And if there are many such patents, these had been granted improperly. Although Myriad is bound to challenge this view, this verdict has rattled the biotech industry which makes its vast fortunes from the 40,000 gene patents its stock.

Given the immediate outcry against Venter's patent applications, it would be interesting to see how patents for his processes are granted and what challenges are likely to come up.

As the geneticist points out: "From this proof of concept experiment, the team is now ready to build more complex organisms with useful properties."

And this is the worry, according to Sulston , who claims the Venter team is "using this really rather pretty little experiment, but not one of major importance in itself, to claim an enormous range of possibilities which really would give them control of all bioengineering in the future. It seems to me that this is exactly the sort of thing that we don't want the patent system to do".

Clearly, interesting times are ahead.

Forests to use DNA fingerprinting for tiger census