How attractive are technology jobs for Indians? 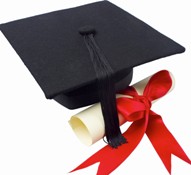 How attractive are science and technology jobs for young people in India? To find the answer, I conducted a dipstick survey of opinion among 265 scientists and faculty members who were working on different research projects with funding from the Department of Science and Technology (DST), New Delhi (1).

The questions ranged from the respondents' perceptions of the motives of the new generation of students and workforce in choosing careers, the general attractiveness of a science career in India, how parents influence their children in choosing subjects in higher education and researchers and scientists' satisfaction with their achievements while working in different laboratories or universities in various positions.

The survey findings show that 63 per cent of the respondents believed that parents played an important role in guiding and influencing their children in choosing suitable careers.

At the same time, 46 per cent of them reported higher satisfaction with their children's career choices. In this context, an important question is: Did the respondents also guide or influence their children to opt for careers other than in science? 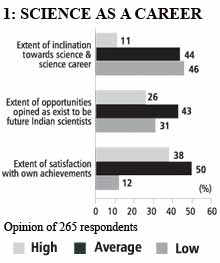 Figure 1 presents respondents' opinions on three key issues related to science and science careers. The results are self-explanatory: the three sets of bars shows that most respondents thought the new generation's inclination for science and a science career was average or low, as was the extent of opportunities that were perceived to exist for young people to be future scientists. Satisfaction levels with their own achievements, however, were either high or average.

As the chart shows, the extrinsic orientation of a job or career has been perceived as the most important motive for the new generation. This factor contains items like job status, annual pay, pay compared to others and status of the organisation.

I believe that in many responses, the respondents were, in fact, subconsciously responding to their own unfulfilled motives as scientists or faculty members (recollect that a large number of the respondents reported low to average satisfaction with their own achievements).

In the correlation analysis to examine the relationships between the six motives perceived for the new generation by the respondents (on the one side) and their general opinions on science and science career, it was observed that all significant correlations were positive.

In other words, if the general opinion of the respondents about science and a science career improves, it is likely that the new generation will show better satisfaction with the six motives of a job and career listed above.

Two generalisations flow from the correlation analysis. First, if the general beliefs or attitudes of current scientists and faculty members about the low inclination of the new generation towards science careers and the existence of limited job opportunities for them are modified, and parent made more aware of career choices, "the intrinsic orientation" of the new generation can be achieved.

Second, if the current scientists and faculty members and parents change their attitude towards science and science careers while guiding their children, then "the extrinsic orientation" of the new generation can be fulfilled.

Students and youngsters entering the workforce normally look to many of senior scientists and faculty members as their mentors. The research papers, articles and views expressed in journals on science and science careers determine choices, and writings and lectures on comparative analysis between the research environment in India and in other countries determine, to a great extent, the interest to continue study or work in India or to move abroad.

Since the respondents were working on projects with DST funding, they must have convinced DST representatives of their relevance and the likely impacts. They must have also justified the funding asked for in carrying out the research projects proposed.

And it is likely that in many cases, the projects might have (justifiably) faced budget cuts, although few scientists decline to continue with a project because of a budget cut.

To conclude, I would like to mention a concept known as "positive psychology" that was first introduced by Abraham Maslow some 60 years ago. The research agenda proposed by Maslow included investigation factors such as growth, self-sacrifice, optimism, spontaneity, courage, acceptance, sharing and so on.

Our seriousness in making science a meaningful career for the new generation depends on our efforts to incorporate some of these factors in our mindset and belief systems.

1.These scientists/faculty members were those using DST funding during 2003-2005. Their names and addresses were taken from the DST website. The questionnaire was posted at all the names/addresses and responses from 265 of them were received.

2.The results of Factor analysis with Varimax rotations.

The writer is a scientist with the National Institute of Science, Technology and Development Studies, New Delhi