A few lessons from Vodafone's case 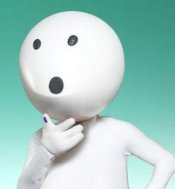 In this manner the controlling interest of Hutchison Essar is held by HTIL, Hong Kong through an intermediary Cayman Island company (CGP). Vodafone International Holdings, Netherland entered into an agreement with HTIL, Hong Kong to buy the shares of CGP (Cayman Island).

The consideration for transfer is stated to be $11.1 billion. In view of the interesting legal issue involved and the quantum of tax in dispute, the Vodafone's case has received an unprecedented publicity in India.

The income-tax department issued a notice to Vodafone to show cause as to why it should not be treated as assessee in default for not withholding the Indian Capital Gain Tax on the payment made by it to HTIL for the transaction of sale of share of CGP (which in turn holds controlling interest of HTIL). Vodafone challenged the show cause notice by way of writ. The Hon'ble High Court dismissed the writ.

Thereafter Vodafone approached the Supreme Court for stay of Mumbai High Court's decision. The Supreme Court on 27/09/2010 ordered that Vodafone has to deposit a part of the amount in dispute before its case is heard by the Court.

It may first of all be pointed out that the case has neither been decided by the High Court nor by the Supreme Court, in that what the High Court has held is that the show cause notice issued by the tax department is a valid notice, and the Supreme Court has held that the income- tax department should determine the exact tax liability which it considers is payable by the petitioner to the department.

Whereas the case is yet to be decided, certain observations of the High Court need particular attention of all foreign companies.