When art turns into a valuable asset 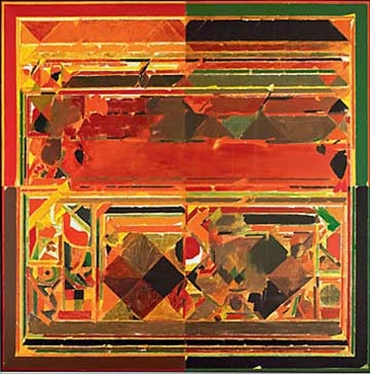 There's sufficient evidence to indicate that art as an asset class is on an upswing, says Kishore Singh.

The other day, a group of senior bankers - presidents and vice-presidents, relationship managers to the seriously rich - arrived at a tony art gallery to learn what they could about art.

Their brief to the agency responsible for the interaction was simple: they wanted to educate themselves sufficiently to identify the styles and context of major Indian artists, enough for them to hold on to conversations without appearing uninformed before their wealthy clients.

Bankers are the latest among professionals to start looking at art, and it's only a while before they start buying it too. Before them, lawyers and chartered accountants have built up considerable art portfolios, having graduated from initial scepticism to root for its investment-worthiness in the course of providing logistical services to their clients.

So, what is it these service providers see that others have missed - and which bankers are now keen to cotton on to?

In the absence of clear figures - it is an unregulated market, at best - those in the know say the market could bounce back to Rs 1,500 crore this year; others say it has already done so with any number of big-ticket sales in the bag, and more coming its way.

Whatever that figure, India still accounts for only 0.55 per cent of global art sales. If you look at the average sale price for, say, the top 50 performers in Indian art, it would work out to Rs 25 lakh per work.

That might sound impressive, but against an average of Rs 5 crore (Rs 50 million) for works from the US, UK, China and Russia, it appears minuscule. That's set to change though, with analysts predicting that the Indian art market will grow 10 times and grab five per cent of the global art market by 2018.

While that means that a considerable body of emerging artists will curry the favour of collectors, and ancillary industries will flourish in its wake (framing, conservation, insurance, storage, publishing), the prices of the established artists will rise several times over.

And yet, that should hardly surprise us given that in the last five years the return on investment in values has been 2000 per cent in some cases. Despite his high valuation, S H Raza saw a return on investment for Saurashtra (sold for Rs 16.4 crore last summer) at 1,700 times.

So, it was hardly surprising that the bankers were more fascinated by the statistics than the artists' styles. They wanted to know how to pick the winners and identify the star works within each artist's portfolio. While art is subjective, investors will find it no different from, say, real estate.

Therefore, though an established artist is a blue chip investment, a younger artist who tastes success might return far higher value on that investment.

And just as location in real estate is important, so is context or rarity in a series of works for an artist. And just as often, prices might be notional till you actually have to sell.

The one major difference between real-estate and art is that while property does not need to be bought in multiples, single works of art cannot influence the market sufficiently when negotiating return on that initial investment.

Still, picking the winners is less difficult than most might imagine, and if the bankers are sniffing at the opportunity, you might do better than to gatecrash the market before prices skyrocket further.