'Europe's problems will have a global impact'

Rohit Chatterji, the new managing director and head of investment banking at J P Morgan, is cautious about the European crisis turning from a liquidity issue to a solvency crisis. But in its present form, the problems in Europe are unlikely to impact fund-raising by Indian companies or investments into India, says Chatterji in an interaction with Business Standard. Excerpts: 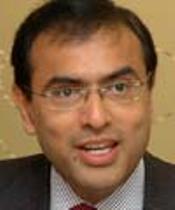 Will Europe's problems become a global problem?
We are not looking at the size of the problem becoming as big as what was going on in the US. But it can have two or three implications. There is a possibility that the cost of credit starts to increase. And, that is possible due to two reasons.

Once the world looks slightly better placed, the US treasury yield will start going up. That will increase the benchmark for most Asian borrowers in US dollar markets. Second is the premium or the cost of capital. With what is going on in Europe, the markets are at least at the moment feeling reasonably wobbly. And the cost of capital has gone up for everybody. It may not come down all the way to where it was. So, to some extent, yes there will be a knock-on impact.

So, will that push Indian companies to go slow on overseas fund-raising and tap local sources?
They may not go slow on that. Indian financing still continues to remain very attractive. ECBs (external commercial borrowings) are still there.

I am not looking at such a dramatic shift in liquidity that suddenly all ECB markets disappear for Indian companies.

Even today, for most issuers, to borrow in dollars and convert it into rupee - if they want to create that hedge - is still more expensive than what they pay when they directly borrow in rupee.

How will problems in Europe affect portfolio flows?
There may be some short-term wobbles but directionally I don't see investors withdrawing from India. What we saw in Essar was that people bought the Indian growth story.

In recent months, JP Morgan has been missing from some of the large deals. What will be your focus?
From my perspective as head of investment banking in India, I will obviously look at all opportunities for raising capital and M&As.

My linkages allow me to spend more time adding value to clients in areas of cross-border possibilities, acquisitions and cross-border financing. That is something a lot of Indian companies will start looking at after Essar.

Today, we are in conversations with clients who are effectively asking the question that which market of the world should they look at for raising equity and debt. Essar has made a big change in the paradigm.

Now that 3G auctions are over, will you get more business?
Obviously, there are new licences that have been issued. They all need to raise a lot of capital to pay for the licences.

Do we see you also get more aggressive in your bids?
We are interested in playing in some situations. I doubt whether we will play in everything. We will pick our battle in one or two places.

It depends a lot on our ability to make sure that we are putting an appropriate theme on it. These are high visibility transactions and you have to execute them properly. You need to decide how you want to balance your portfolio of transactions that gives you these visibility deals versus deals that actually pay you money. And you have to balance it with the kind of resources you have with you at that point in time.