'Maharashtra residents to get UID numbers by March 2012' 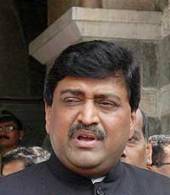 The state government, which will spend Rs 400 crore (Rs 4 billion) on the scheme, aims to cover the entire 100 million population by March 2012.

The state government is completely geared. The enrolment of residents in Tembli in Shahda taluka of the Nandurbar district is at an advanced stage. The collector has been appointed as the registrar and the process is being monitored by the IT secretary, divisional commissioner, Nashik, and deputy director general of the Unique Identification Authority of India (UIDAI).

The generation of Aadhaar numbers for the launch village will be ready soon and handed over to the residents by the prime minister on September 29.

Why has Nandurbar, the tribal-dominated district, been chosen for the launch?

It is important to showcase the utility of UID for the poor, the agricultural labourers and the tribals. The launch will send a signal the programme can be implemented anywhere in the country.

What is Maharashtra's implementation plan?

The state government is committed to implementing the project in a time-bound manner. It has already initiated the work.

The state government has formed a Cabinet sub-committee under my chairmanship and an apex committee under the chief secretary to ensure time-bound implementation and monitoring.

According to UIDAI's guidelines, a request for qualification (RFQ) has been released for selecting agencies that will undertake the task of enrolment of demographic and biometric data of residents. The agency selection process is expected to be completed soon.

The state government has appointed district collectors and municipal commissioners as registrars. All guidelines and policies have been finalised and corresponding government resolutions issued.

The state government aims to complete 70 per cent enrolment by March 2011 and the balance by March 2012.

Is the state government entitled to any subsidy from the Centre if it implements the scheme by March 2011? If yes, what will the subsidy amount per resident?

The state government is entitled to get Rs 50 per successful enrolment completed under the scheme by March 31, 2011. Additionally, every BPL (below poverty line) resident in the state shall be paid Rs 100 for UID enrolment. Funds have been approved by the central government.

How will the state government ensure maximum participation of residents?

The government has prepared a communication strategy to tell residents the benefits of UID to all residents. Increase in awareness and mobilisation of the district machinery will ensure maximum participation.

Will registration centres be opened by the state government or by UIDAI?

The centers will be opened by the enrolment agencies selected through a tender process, which is currently underway. The state government will pay the agency for every successful enrolment.