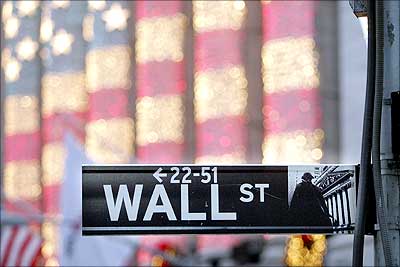 Wall Street will never forget Monday, September 29, when the lords of high finance were rudely reminded that it isn't easy to get away with imprudent investments, no matter which Ivy League degree they possess.

In a major setback to not only the Bush administration, but also to global markets, the US House of Representatives on Monday rejected the $700 billion emergency rescue package to bailout bankrupt American financial institutions. The House voted against the package 228 to 205.

The bailout plan was nixed not only because the figure of the financial assistance -- $700 billion -- was almost pulled out of thin air without solid basis, but also because the American taxpayer was supposed to fund it. The anger that bubbled over and poured onto the streets in the form of protests and demonstrations across the United States was one of the main reasons why the plan was vetoed.

The meltdown in the US markets has been stunning. And while Americans try to come to terms with the bloodbath, rediff.com spoke to a senior employee of Bank of America about the blackest day in US stock market history.

This is what he had to say:

"I usually go to my office at Times Square at 7 a.m. As usual, I first checked my mails when I reached the office. When the market opened, it was already down by some 300-plus points. We have a huge trading research staff which supports trading activities. In our office we have a couple of floors for trading activity. On the fifth floor, some 400 terminals are located with 4-5 huge screens showing the market movements and also CNBC."

"When the market was down, we understood that long-term and short-term sentiments were affecting it. One of the reasons why the bailout plan was rejected was because of the uncertainty it carried."

"Nobody is sure whether or not the bailout plan will really help. Global equity markets are going to be hit by American developments. Our trading floor was buzzing with activity. Our terminals were showing an unprecedented flow of transactions."

"By 11 a.m. speculation was there that the bailout bill may not help, it may not solve the current financial problems. Some 400 traders of our bank were being aided by internal commentary of our seniors. They were relaying messages after messages to the trading heads. They were trying to understand the situation."

"By noon, as the news came that the bill to rescue the market had been rejected, there was complete silence on the entire floor for a few moments. We were trying to digest what had just hit us. Everybody was awestruck!"

"News from Washington had settled in by then. People just gave up. Whatever strategy they had, it couldn't save the day. The entire trading floor was excited. The move sent shock waves across the financial markets, including the Wall Street, plunging stocks by 778 points (at close of trading)."

"After the rejection of the bailout plan, every face wore an uncertain look on the trading floor. We bankers didn't lose money because we are using clients' money and on a day like this too, we earn money through commission. We made money! My own terminal had 10,000 trades worth over $40 million. We are not worried about what happened today. We are worried what will happen tomorrow."

"People left the trading floor thinking that tomorrow will be another miserable day."

"But America's biggest finance market, market technicals and fundamentals are failing. Were we wrong all these years? We face this question today. We also ask does this bailout rejection mean it is the end of capitalism? Will New York lose its economic edge? Some believe that it is unethical for the US government to bailout failing companies."

"If the US preaches that countries should not intervene in such crises and let market forces take their own course, how can it do the opposite? It is unethical to rescue failing banks. If elections were not round the corner, the bailout plan would have been different."

"Things are looking hopeless because everything is so wrong that it is difficult to keep up hope. We know it will take a long time to rescue the economy. Meanwhile, people will suffer. America has not declared it yet, but it is facing a recession."

"I still think, and would like to think, that America has not failed yet. It is 15 years ahead (of the world) in whatever it does. Only that gap is now reducing. America is innovative and knows how to use others."

Musharraf to be laid to rest in Karachi: Reports