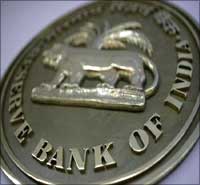 The Reserve Bank of India has added a rider for offloading its stake in the National Housing Bank to the government by suggesting it handle the regulation, licensing and supervision of housing companies to provide banks and housing finance companies a level playing field.

Sources close to the developments said the government is yet to take a decision on the suggestion since RBI's proposal has met with some opposition. Ownership of NHB will give the government greater say in the boards of housing finance institutions and flexibility to issue directions to meet its priority sector credit objectives.

RBI sources said the need for regulating housing companies arise because they do not have prudential guidelines or risk-linked capital limits to which banks, which come under the central bank's purview, are subject.

"There is clearly a regulatory arbitrage here. Housing is a priority sector, so many entities are getting into this business by floating housing companies and thereby skirting RBI's stringent prudential guidelines," said a source.

Sources said NHB was set up in 1987-1988 when the sub-group on housing finance for the Seventh Five Year Plan (1985-90) had identified non-availability of long-term finance for individual households. Banks at that time did not lend much for housing. The situation has changed and the old rules should not apply, the sources said.

RBI thinks NHB should be involved in more developmental work in the housing sector like refinancing companies for rural housing, mortgage financing and advising the government on meeting the country's housing needs.

The government is reportedly likely to buy RBI's stake in the National Bank for Agriculture and Rural Development and NHB by December this year, for which the Budget had earmarked Rs 1,542 crore {Rs 15.42 billion (Rs 1,100 crore (Rs 11 billion) for Nabard and Rs 442 crore (Rs 4.52 billion) for NHB)}.

RBI holds about 72.5 per cent in Nabard and the government holds the rest.