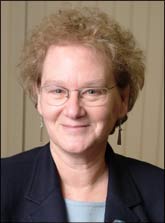 Bringing temporary workers to meet Canada's labour shortage was supposed to be confined to a small number but in 2008, close to 200,000 temporary foreign workers arrived in the country to work in all kinds of trades.

And criticism of this programme is growing in Canada.

'If they [the government] do have a vision [about the temporary foreign workers programme], it sure would be nice for it to have been developed with debate,' said Naomi Alboim, the author of a study titled Adjusting the Balance: Fixing Canada's Economic Immigration Policies, which she has conducted for the Maytree Foundation, where she is a senior fellow.

The programme, she argued, shows that even though 'the best newcomers for Canada are well-educated and English speaking, they are no longer Canada's chief priority' as Ottawa has increased the number of temporary foreign workers by 100 per cent from 2004 to 2008. And intake of skilled workers is declining.

The result: Waiting time for skilled workers is mounting -- 925,000 such visa applicants are on the waiting list.

While she agrees that 'immigration is a tool for economic growth' and that 'Canada needs immigration to meet short- and long-term economic objectives to meet its labour supply and skilled worker shortages', Alboim is critical of the temporary workers programme.

She believes the federal government should fix economic immigration policies first and enhance labour market services as that will help the country become residence of choice for future citizens from around the world and will benefit from their potential.

Skilled workers, Alboim said, 'used to represent 50 per cent of all immigrants to Canada in 2005; in 2008 that number declined to 42 per cent.' Last year, skilled workers made up 'only 17.5 per cent of total flow to Canada.'

Among Alboim's recommendations are that Canada should make its Skilled Workers Programme its priority and eliminate restricting it to 38 'demand' occupations and create a 'resume database and fast-track those with validated job offers; create a national framework for provincial nominee programmes that allows for provincial variation to complement not replace the Federal Skilled Worker Programme.'

Toronto Star columnist Carol Goar wrote that 'since the Tories took power, the number of temporary foreign workers accepted into the country has risen from 122,723 a year to 192,519 a year, a 67 per cent increase.'

She has found some 'anecdotal evidence that employers are replacing Canadian workers with lower-coast temporary foreign workers or recruiting abroad in the first place.'