Want to buy a home? Shift to a less costly city 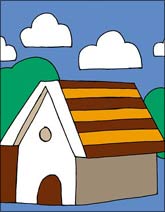 A study of households with an annual income of Rs 3 lakh (Rs 300,000) to Rs 10 lakh (Rs 1 million) in seven cities shows substantial variations in the type of houses they can afford to buy.

In terms of apartment sizes, the Chennai households can afford up to 1,200 square feet, while those of Pune and Mumbai can only afford 800 sq ft and 950 sq ft, respectively.

The study assumes significance, as top real estate developers such as DLF, Unitech and Parsvnath have shifted their focus towards the Rs 20-60 lakh (Rs 2-6 million) income category in many cities, with the premium housing segment seeing sharp decline in sales after the economic slowdown and stock market decline impacted home buyers.

The report states that not all of the so-called affordable housing projects in the country are really affordable; they are way beyond the means and preferences of buyers.

"Although preferred unit sizes are less than 1,200 sq ft, many projects are offering greater sizes that are unaffordable. Based on consumer preferences, house property beyond Rs 5,900 a sq ft would be unaffordable across all cities covered," it said.

The consultancy thinks it is premature for developer to raise prices now.

"It is too short a period for developers to increase prices. It is just euphoria after elections and a stable government and not supported by fundamentals," said Gulam M Zia, national director, research and advisory services, Knight Frank.