Mutual fund houses are aiming to raise money at a time when the existing equity funds are finding it tough to cope with low inflows and redemption pressure. Should you subscribe?

The markets have staged a strong recovery since the start of the year with the BSE Sensex giving returns in the region of 81 per cent.

Equity diversified funds, which perform in line with the broader markets, too, did not disappoint with returns of 76 per cent for the same period.

Despite handsome market returns from the lows seen in March and steady growth since May, equity funds are having a hard time trying to expand their asset base.

No funds for equity schemes

The total assets under management (AUM) of the mutual funds industry has doubled since November last year to Rs 8.05 lakh crore.

Though money is coming in, a large part of it is going into ultra short-term debt funds whereas equity funds are the laggards despite stable markets in the recent months. The reason?

Apart from the urge to sit on some cash after investors burnt their fingers on their equity investments last year, a ban on entry loads announced in the end of June and made effective from August 1 has acted as a speed breaker.

However, given a potential change in the business model of distributors post the start of the "no entry load" regime, this does not seem to hold true at least in the short term with even rising markets not being able to bring in fresh inflows into equity mutual funds."

While there have been new fund offers this year, the inflows into them is not something to write home about.

Down to a trickle

Fund houses launched as many as 22 offers this year (till October) mopping up just over Rs 4,000 crore (Rs 40 billion). Two issues  the Reliance Infrastructure Fund and ICICI Pru's Target Returns Fund  accounted for 72 per cent of the NFO money raised this year.

In an environment where the average amount of funds raised over the last one year has been under Rs 200 crore (Rs 2 billion) per year, and the situation does not look too good for equity schemes, fund houses have launched four equity schemes all of which will close this month.

These schemes are the Axis Equity Fund, Sundaram BNP Paribas PSU Opportunities Fund, DSP BlackRock World Mining Fund and the Fidelity Equity Fund. So, will they succeed in changing the trend seen so far?

Says Dhirendra Kumar, CEO, Valueresearchonline.com, "Fund houses are testing the waters after the no entry load regime in an environment where no money is coming into equity funds and there are redemptions.

The response or the collections, at best, may be modest." Analysts believe some of the funds such as the DSP BlackRock's World Mining Fund are a niche play which will give the investor a chance to diversify their portfolio.

While Fidelity is trying to bridge the gap in their offerings with a value fund, Sundaram BNP Paribas is riding on the PSU theme to raise funds.

As with other schemes, experts say that investors should look for a consistent track record of performance over cycles of the fund house/fund manager, their investment horizon and match their risk appetite with the type and objective of the scheme. Read on to know more about the four new schemes on offer.

This is the second Fund of Fund (FoF) launched by DSP BlackRock in 2009. The fund will invest in the BlackRock Global Funds' World Mining Fund, which has a corpus of about Rs 50,000 crore (Rs 500 billion).

This 12-year old fund invests in mining companies across the world, with operations in precious metals, coal, iron ore and copper among others.

Going ahead, what the fund is betting on is the fact that while commodity prices have been moving up from their March lows they are still down from their 2007 highs and with the recovery in the two biggest and fast growing emerging market economies (India and China), the prices may trend up.

Further, with supply not materialising last year due to the credit situation there could be a gap which might help sectors such as copper, coking coal and iron ore.

While the fund scores on the returns front and has a quality research team backing it, natural resource sectors are cyclical and investors need to watch out for volatility. Its three year CAGR returns is 6 per cent, while over the last year it has given a 71 per cent return.

Have a longer-term horizon, and as Kumar of Valueresearchonline suggests, limit your exposure to not more than 5 per cent of your portfolio to this fund.

The PSU Opportunities seeks to gain from a possible re-rating of PSU stocks following the government's stand on divestments.

The scheme will invest a minimum of 65 per cent of the corpus in public sector companies and will also look at IPOs of unlisted PSUs. The fund house is betting on the fact that the popular perception of PSUs being inefficient, subject to political interference and limited disclosure to investors will change going ahead.

The valuation gaps due to lack of information could change as managements talk about expansion, cost reduction strategies and provide regular quarterly updates.

While the investments in this scheme will overlap with the fund's Energy Opportunities and Financial Services funds, the management believes that the scheme is more diversified with exposure to energy, financials and utilities.

Since these sectors are some of the fastest growing and at the core of India's growth story, the growth risk according to the fund house is mitigated. However, the investor has a choice in the form of Religare PSU Equity Fund which was launched two months ago. Since returns could depend on positive news flow, invest only if you can stomach short-term volatility and have a longer investment horizon.

This is the first equity fund from Axis Mutual Fund which is promoted by Axis Bank. While the product is no different than the over 200-odd diversified equity funds, the fund house says that the focus would not just be to beat the benchmark (Nifty) in terms of absolute returns but also score higher on the risk-adjusted returns parameter.

The company seeks to control the risk by looking at quality companies which can deliver sustainable growth and are run by credible managements. The company is focussing on internal research rather than sell-side research and fair value methodology to buy stocks.

It would follow a bottom-up approach to choose its basket of 35-40 scrips, entirely comprising midcaps and large caps. The bias towards bigger cap companies is to take care of the liquidity and volatility risk.

The fund is run by Chandresh Nigam who has been a fund manager with Prudential ICICI AMC and has 18 years of experience in the equity market. The fund has tied up with 11 banks (in addition to its 930 branches) for distribution and will offer an Easy Call facility where customers can transact through the phone.

The conservative strategy of the fund indicates that the company wants to limit its risk and this could mean that it might not take aggressive bets. With very little to separate from other diversified funds a period of performance could be a good starting point before you commit to the fund.

The fund house is positioning its fifth equity diversified fund as a value fund which will predominantly invest in securities that are trading at significant discounts to their 'intrinsic value'.

The fund house which has launched an equity fund after a gap of two years will look at valuation parameters such a price to earnings, price to book value, return on capital, PEG ratios and cash flows among other parameters to arrive at a fair value.

It will commit investments when it finds large anomalies in the fair value and the market price. The fund house says that its proprietary research, understanding of the business and third party checks give it an information advantage over competition.

Despite the markets running up substantially, the fund house is confident of fishing out a portfolio of 30 stocks which are undervalued from its overall basket of 600 scrips.

Analysts say that while the value concept is not new and there are products available in the market, the company has expertise in this area and is looking to fill the gap in its offerings through this scheme.

The fund will be run by Nitin Bajaj who has been managing the Special Situations Fund for Fidelity over the last six months.

Have a minimum two-year perspective with a medium risk appetite if you want to invest here. 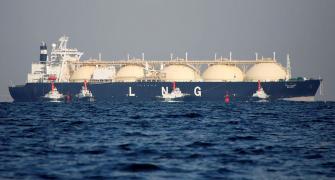