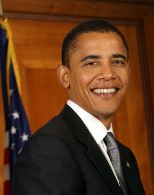 The Obama Administration's mega stimulus package that pumped in billions of dollars to revive the sagging US economy at the height of the recession is now giving high returns to the US Treasury, a latest report has said.

During the period ended September 30, the Obama Administration disbursed $364 billion of the authorised $700 billion of the stimulus package called the Troubled Asset Relief Program (TARP).

As many as $73 billion of those TARP funds have already been repaid, the US Treasury Department said in a statement.

"During that same period, the investments generated $12. 7 billion in cash received through interest, dividends, and the proceeds from the sale of warrants," it said. "The report demonstrates that Treasury's investments to stabilise the system are delivering higher returns than anticipated and that the Treasury does not anticipate having to draw upon the full $700 billion in TARP authority," the statement said.

"The impact of the lower overall TARP investments and higher investment returns is projected to cut the impact of TARP on the deficit by about 60 per cent or more from the August 2009 Mid-Session Review," it said.

Earlier in the day, testifying before a Congressional Oversight Panel, the Treasury Secretary, Timothy Geithner, said the expected cost of using TARP to stabilise our financial system has fallen dramatically.

While the Emergency Economic Stabilisation Act provided the Secretary of the Treasury with the authority to invest $700 billion, the ultimate cost for taxpayers will undoubtedly be far less, he noted.

"One way of evaluating the program's cost is its impact on the Federal deficit. We now expect TARP's contribution to Federal deficits will be at least $200 billion less than was projected in the August Mid-Session Review of the President's Budget, which assumed a $341 billion cost," Geithner said.

"The expected budgetary impact of $364 billion in funds disbursed in Fiscal Year 2009 has fallen from $151 billion to $42 billion," said the Treasury Secretary. This improvement, he said, is driven by investments generating higher returns than previously anticipated, and that US does not anticipate using the full spending authority granted by EESA (Emergency Economic Stabilisation Act).

"We now expect to make and not lose money on $245 billion in banks. We estimate that major bank stabilisation programs funded through TARP will yield a positive net return of over $19 billion, thanks to dividends, interest, early repayments, and the sale of warrants. In short, taxpayers are being repaid at a substantial profit by banks," he said.
Observing that the repayments are already substantial, he said, to date, banks have returned $116 billion in taxpayer investments nearly one-third of all TARP disbursements.

"Further, we anticipate that total repayments could reach $175 billion by the end of next year; that is, nearly half of TARP disbursements to date," he said.

"These early repayments are testaments to the success of the government's efforts to stabilise and rehabilitate our financial system. Private investors now have much greater confidence in the prospects of our major financial institutions," he said.

"This is reflected in the significant private fund-raising by banks this year. Just last week, Bank of America raised $19.3 billion in common equity after it announced that it would repay $45 billion of government investments.

More broadly, the largest US banks have raised over $110 billion in common equity and other regulatory capital since we announced the results of the "stress test" in May. That nearly matches the $116 billion in repayments we have received," Geithner said.