'We stand on firm ground, no question of merger' 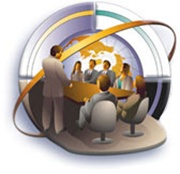 Tuticorin-headquartered Tamilnad Mercantile Bank (TMB), which recently got a new board of directors after a gap of over 18 months, says recruitments, expansion and an initial public offer (IPO) are its immediate focus.

In an interview, G Nagamal Reddy, who took charge in June as managing director and chief executive officer, tells TE Narasimhan that the bank, which was largely seen as a Nadar community bank, is trying to shed that tag. Excerpts:

For the last 18 months, the bank was operating without a board. What has been the impact of this? What will be the focus of the new board?

With a truncated board, we were unable to take policy decisions, including ones on branch expansion and recruitments. Now, these will become our immediate focus.

What plans do you have for expansion and recruitments?

We have applied for 40 licences with the Reserve Bank of India. By the end of March 2010, the number of branches will go up to 257 from 215. The bank sees good potential in Mumbai, New Delhi, Kolkata and Gujarat and will focus on these markets. We also plan to foray into Madhya Pradesh and Chhattisgarh next year. We are also planning to recruit 500 people in the clerical cadre.

Any plans to foray into foreign countries?

The bank is planning an entry into Sri Lanka and Malaysia. The timing will be decided soon.

The bank was mainly recruiting from the Nadar community. Will there be any change in the recruitment policy?

Earlier, the bank was seen more as a community bank. The situation has changed now. We are going pan-India and would prefer to be called as everyone's bank. Our recruitments will be merit-based.

You said the board would also look at an IPO.

The bank has been planning for an IPO for long. In the absence of the board, we couldn't go ahead with the plan. The new board will decide about the issue, including the amount to be raised.

What is your assessment of the funds required by the bank?

With the constitution of the new board, the bank will be able to work out its plans for expansion. The additional capital required will be decided at an appropriate time.

Given the problems faced by the bank, it is being seen as an ideal candidate for a merger with another bank. Is this the best option?

Despite several problems, the bank has been performing well in all areas of operations. Now, these problems are coming to a logical end, giving us an opportunity to grow and enhance shareholders' value. Mergers should be encouraged only between weak or unviable banks. Our bank has strong fundamentals and we have been making profits for the last 88 years.

Our net worth was Rs 989 crore (Rs 9.89 billion) as on March 31, 2009, which is thrice than the minimum net worth of Rs 300 crore (Rs 3 billion) prescribed by the Reserve Bank of India. Our capital to risk assets ratio is 14.48 per cent, which is more than the required level of 9 per cent. Our return on assets is comfortable at 1.52 per cent as on March 31. The question of merger does not arise.

But do small banks have a future?

The regional focus of small banks has given them primacy in their area of operation. They are contributing to the economic growth of the country through their regional and rural presence. The business volume of small-sized banks has grown tremendously in the last decade. Still, tremendous opportunities exist in many areas. They need to exist with big banks to serve different sections of the society.

What will be your growth drivers?

Mainly small and medium enterprises, retail and manufacturing. Currently, our rate of interest is not competitive due to the high cost of funds. To address the issue, we are focusing on the current account, savings account (Casa) portfolio.

What is the bank's cost of funds and Casa targets since larger and more efficient players have reached near 40 per cent levels for Casa?

The cost of funds is 7.70 per cent, which is in line with the industry average. The bank is looking at a Casa share of around 25 per cent this financial year and 30 per cent in 2010-11. 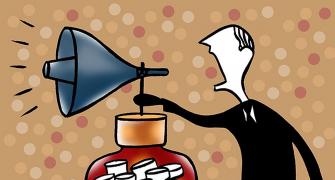 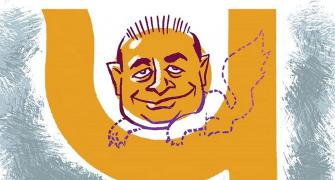 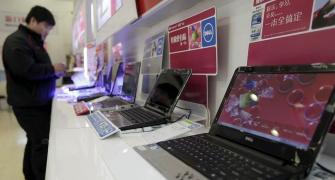