Wipro gets land for second campus in West Bengal 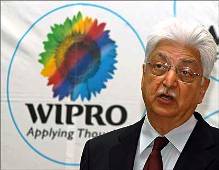 Software major Wipro accepted on Friday a 50-acre plot at Rajarhat near Kolkata for its second campus, two months after chief minister Buddhadeb Bhattacharjee stepped in to assure alternative land after scrapping the controversial Kolkata Links IT Township project.

Azim Premji, chairman of Wipro, met the chief minister and formally accepted the plot offered in New Town Rajarhat, on the north-eastern fringes of this city.

Speaking to journalists after the 45-minute meeting, Premji said, "We have settled with the government to purchase the land."

Why Bengal scrapped a major IT project