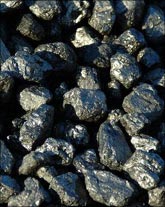 The Centre has stopped allocating coal blocks to state governments till the Mines and Mineral (Development & Regulation) Act is implemented with the amendments.

Auction of coal blocks being considered by amendment to the Act will affect all stakeholders -- state governments and user industries -- significantly. The user industries like steel and power are apprehensive that the auction route would push up cost of production, while the states are not sure whether the industrial projects would have an edge over other bidders.

The Union ministry of mines has already written to the concerned states, including West Bengal, saying that all coal blocks would be auctioned according to the new MMDR Act. Almost all steel projects in the state involving investments of more than Rs 1,00,000 crore (Rs 1,000 billion) have captive power plants weaved into the projects.

There is no clarity whether the companies setting up projects would be given priority. If the allocation is based on the auctions, actual users might not get the block and others would push up prices. Coal would remain in scarcity looking at the demand-supply scenario.

According to the amendments which are in the final stages, a licence would be granted by the state government only to a company selected by the Centre through bidding. Not just user industries, even states are feeling the heat.

Sources in the mines ministry said the amendment Bill was supposed to be tabled in the winter session. The Bill would pave the way for a coal regulator.

The Federation of Indian Mineral Industries (FIMI) opposed the auction route. R K Sharma, secretary general, FIMI, said it was illogical. "If a block is auctioned on the basis of cursory exploration, either the bidder or the government will stand to lose because actual reserves may vary," said Sharma, adding that it could raise the cost of power generation.

Power generators feel the auction route would not only adversely impact the cost of production, but also create an uneven playing field, where the end consumer would have to foot an enlarged bill.

"The moment you start auctioning coal assets, those with deeper pockets will corner the blocks and load on to the cost of generation. Eventually, the common man will have to pay more. Although the Centre is trying to sweeten the deal by passing on the amount received from the auctions to the respective states, it hardly makes sense," a power sector source said.

Other generators also expressed their apprehension about the fact that ultra-mega power plants were handed over captive coal assets for negligible sums, while smaller and newer players would have to pay a premium. "The proposed amendment will, at the same time, drive the power tariff up and create disparity in the sector," a senior official at a local power company said.

The cost of power has already seen an upward movement on the back of the recent coal price revision by Coal India Limited.

There is a silver lining. Admitting that costs would rise, Neeraj Singal, managing director, Bhushan Steel, said, "It will help draw a distinction between genuine and fraudulent players."

Jatinder Mehra, director, Essar group, said, "Auctioning of coal blocks is a step in the right direction. However, there should be minimum eligibility criteria to ensure the coal blocks are put to productive use and are developed within a reasonable period of time."