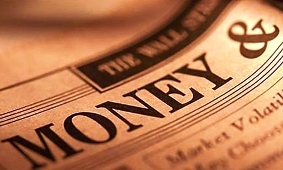 Inflation based on the wholesale price index, which includes manufactured products in addition to food and fuel items, had fallen through 2009 and, in September, it had turned negative.

But in the past four months, it has been rising and is now at 4.78 per cent. Add to this, the forecast on inflation from the central bank: the Reserve Bank of India has raised the fiscal-end inflation estimates to 6.5 per cent from the earlier 5 per cent.

This implies that the household budget, which had already spiralled, will continue to rise. And food prices will have a large share in it.

According to government estimates, in early December, potato prices had increased 136 per cent, sugar prices doubled and pulses zoomed by over 40 per cent compared to the previous year.

For 25-year-old architect Swati Jain, life has become tough. Jain stays alone in Mumbai and tries to send Rs 8,000 every month to her retired father.

"But this has become a challenge as my own expenses have risen from Rs 8,000 to Rs 12,000 in the past three-four months," says Jain. She complains that if things continue as they are, she will not be able to save even Rs 2,000 from her monthly salary of Rs 25,000 before statutory deductions.

Experts say that the middle class will feel the pinch even more this year than what happened in 2008 when inflation had touched a high of 12.82 per cent in August. Rupa Rege Nitsure, economist, Bank of Baroda, says: "Last year's inflation was more a function of high fuel prices. Food prices are the culprit for this year's inflation.

It's affecting the middle and lower income groups."

Rohit Gupta, a 29-year-old software professional, is left with no option but to put his dreams on hold. He has postponed his plan to buy a house, as he feels that he may not be able to take the required loan amount.

It's a double whammy for Gupta, whose increments have not kept pace with rising prices. "We received no hikes last year and there is no clarity on when we will get one," Gupta adds.

Economists say since 60 per cent of a household's costs are on food items and food prices have gone up by an average of 90 per cent, the minimum increase in the monthly budget will be to the tune of 10-12 per cent. For example, if your household budget is Rs 10,000 a month, then the food inflation will take the total to Rs 11,400.

"Such times call for a re-prioritising of expenses," says a financial planner. He adds the only way to keep expenses in check for Swati and Rohit is by reducing lifestyle-related expenses such as parties, travel and watching movies at expensive multiplexes.

Fixed costs such as house rent, loan repayment and children's school/ college fees cannot be cut down. One can only compromise on variable costs such as grocery, telephone and electricity bills, and transportation.

"Planning expenditure in advance helps," says another financial planner. He suggests that a person should make a monthly budget, differentiate between important and lifestyle-related items and then cut down expenses accordingly.

Similarly, if you want to buy a house through bank finance, you should plan for it. Lenders have come out with loans offering fixed rates for the first two-three years.

This makes it easy for a borrower to plan expenditure in advance. If your salary can take care of the equated monthly installment and monthly budget, don't delay it for the fear of rising prices taking a toll on you.