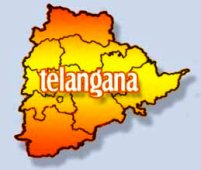 Property prices in Vijayawada have spiked nearly 20 per cent in one month as realtors have shifted their focus to the coastal city, anticipating that it would become the capital of Andhra Pradesh if a separate Telangana is carved out of the state.

Although both Telangana and Samaikyandhra agitators are still fighting over the status of Hyderabad, many builders are showing a keen interest on 'construction activity' in Vijayawada, said Giridhara Prasad Gupta, a real estate businessman.

And this has led the prices of apartments and plots zooming northward in Vijayawada. Ramavarapadu and Gannavaram in the city are now the most sought after areas as the L&T IT Park construction is going on there.

However, he said, this could not be attributed totally to the Telangana issue. "There has been a slump in the sector for the past one year," Reddy told PTI.

The figure has come down to 10,000 in 2008. According to a senior official, the property registration activity has come down by 10 per cent in Hyderabad whereas it is normal in other parts of the state.

Reddy said the builders were hopeful of recovering from the signs of global recession and see good growth this year.

However, it did not meterialise as they expected.

"Now only those big people are creating hype in Vijayawada now to clear their investments," a contractor said on condition of anonymity.