Without reforms, US banks may become more reckless: Obama 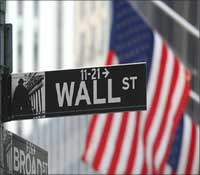 US President Barack Obama on Thursday said the stabilisation in the America's financial system is a success story of the last six months; but rued that there has not been a change in the behaviour of the US companies that has resulted in their collapse last year.

"One of the success stories of the past six months is that we really have seen stabilisation in the financial system. It is not where it needs to be. But people are no longer talking about the financial system falling off a cliff. We've stepped away from the brink," Obama told reporters at a prime time White House press conference.

The president observed that's important because it means lot of companies right now can go into the marketplace and borrow money to fund inventory, fund payroll, and that will help the economy grow as a whole.

US economy is back from the brink: Obama

Observing that it's a good thing that banks are profitable again and have reserves in place and can lend, Obama said: "This is America, so if you're profitable in the free market system, then you benefit."

"But what we haven't seen, I think, is the kind of change in behaviour and practices on Wall Street that would ensure that we don't find ourselves in a fix again, where we've got to bail out these folks while they're taking huge risks and taking huge bonuses," he said.

"In some ways, it could be worse because now they know that the federal government may think that they're too big to fail. And so if they're unconstrained they could take even more risks," Obama observed.

"There are a number of elements of financial regulatory reform. With respect to compensation, I'd like to think that people would feel a little remorse and feel embarrassed and would not get million-dollar or multimillion-dollar bonuses.

"But if shame does not work, then I think one proposal that I put forward is to make sure that at least shareholders of these companies know what their executives are being compensated. And that may force some reductions," he said.

"I think, at minimum, what we want to do is to make sure to the extent that federal government is going to have a backstop just like the Federal Deposit Insurance Corporation. The reason that when you put your deposits in your bank, you can have confidence that they're insured, that's paid for through bank fees," he said.

"We may need to make sure that there is a similar mechanism in place for some of these other far-out transactions. So if you guys want to do them, then you have got to put something into the kitty to make sure that if you screw up, it's not taxpayer dollars that have to pay for it, but it's dollars coming out of your profits," Obama said.

Hitting hard at the financial institutions, a determined looking president said the reason the economy was badly hit was because Wall Street took extraordinary risks with other people's money. They were peddling loans that they knew could never be paid back.