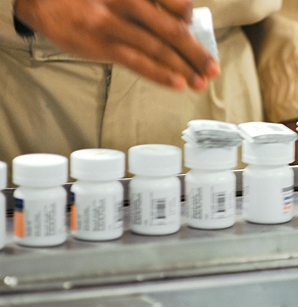 Sun Pharmaceutical said on Thursday its US subsidiary Caraco is working with lawyers to resolve the issue of drug seizure by the USFDA and would reduce workforce to cut expenses on idle manufacturing facilities.

After this, two class law suits had been filed against the US-based company alleging violation of federal security laws regarding the announcement made by it.

"We are working with lawyers and US Food and Drug Administration consultants, who are working with FDA so that it could implement the required changes," Sun Pharmaceutical CMD Dilip Shanghvi said in a conference call without giving further details.

He, however, said, it will be difficult for them to give a time-frame for the resolution of the issue with FDA but said Caraco would cut its work force to reduce costs.

"You would see another announcement from Caraco to reduce its workforce to align the expenses while there is no manufacturing activity," Shangvi said.

Speaking about law suits, Shanghvi said, "Caraco believes that the plaintiff's allegations are without merit and intends to vigorously contest it," he added.