IIT-Kanpur to start its own FM Radio station 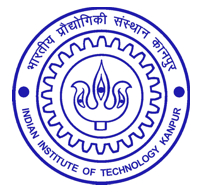 IIT Kanpur is all set to start its own FM radio station which will broadcast scientific programmes and classical music.

This will be the first time that an FM radio station would be opened in any of the IITs in the country. The information and broadcasting ministry has already given a green signal to the project.

"The project will be the first of its kind in any of the IITs in the country," Director of IIT Kanpur Professor Sanjay Govind Dhande told PTI on Friday.

He added the station will function emulating the model of America's National Public Radio.

The FM station will air programmes relating to science with special emphasis on making the subject more interesting and simpler to students. It will also air cultural programmes.

Land for the FM station has been decided and instruments worth Rs 22 lakh (Rs 2.2 million) have been purchased, he said.

According to Prof Sanjay Dhande all the formalities have been completed to start the project.

To put the whole project into operation a four-member committee has been set up under Registrar of the college Prof Sanjay Kasalkar which will include both the teachers and students.

He said the most important feature of this radio station will be the phone-in programme in which students from across the city can put their queries relating to science to the professors of the college.