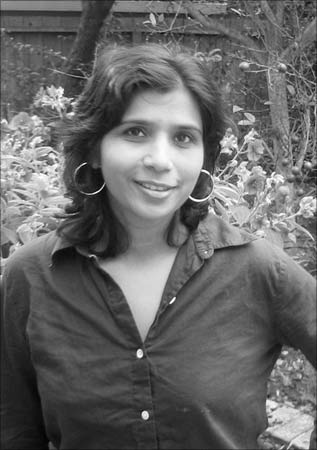 A PhD holder in neuroscience, the chief executive officer of the world's largest presentation sharing web site, and a super sexy and desirable lady?

For Non-Resident Indian Rashmi Sinha, it's all in a day's work.

In a recently published article, appropriately named 'Women on Top', Playboy magazine has named its 10 sexiest CEOs in America. Sinha, the lone Indian on the list, features in the seventh spot.

And while many of the entrants run companies in predictable industries -- lingerie and adult films, for instance -- Rashmi is that rare woman who combines beauty with brilliance.

A true Internet pioneer -- though she earned her doctorate in Psychology from the Ivy League's Brown University -- Sinha decided she liked 'building things' more than writing academic articles.

So, she co-founded the San Francisco-based SlideShare.

And, ever since its 2007 debut, the company has been greeted by a deluge of positive feedback, from users and critics alike. In fact, SlideShare has been hailed as the 'YouTube of Powerpoint presentations', because it allows users to upload their presentations to the Web, so that they are accessible from any place, at any time.

Though Sinha's only in her 'late 30s', SlideShare is not her only success. In the past, she has consulted on user experience projects for companies like eBay, iFilm, AAA and Blue Shield. She also led the team that created MindCanvas, a rich online survey platform for designers. MindCanvas has been used by companies like Microsoft, CitiBank, Expedia and Yahoo.

On her personal blog, Sinha tells us a bit about herself:

"I like to understand people. I like to create things. I love working in a startup. I did a PhD, then got bored with working in the lab and moved to creating software," she writes. "I live in San Francisco with my husband. We go hiking, watch too many movies, and don't listen to enough music. I am originally from India and think of both San Francisco and Delhi as home. I want to travel to South America next."

Another eminently talented Indian making waves in corporate America. She's definitely one to keep an eye on in the future.