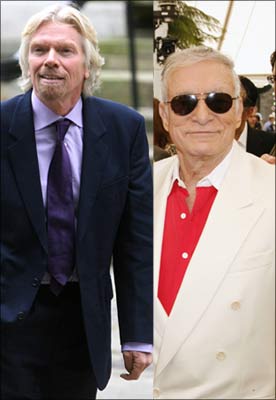 The 83-year-old owner of US best-selling men's glossy magazine could sell the company he founded more than 56years ago for some $300 million, after its profits slump in the face of free pornography on the Internet.

Though the company's market capitalisation has sunk to about $100 million, Hefner is asking for three times that price in order to maintain his lavish lifestyle, according to the reports.

Two companies, Apollo Capital Partners and Providence Equity Partners, have been approached but declined to make an offer. Now, Branson's Virgin Media is tipped to be a potential buyer, though no official interest has been expressed.

"Everyone says that he (Hefner)'ll never let go, that he'll take it to his grave," a source was quoted by the New York Post as saying. (In its heyday in the 1970s, the glossy magazine with its bunny girls was read by a quarter of university students but the rise of the Internet, and with it free pornography, has taken its toll on sales.

It is still America's best selling men's magazine -- and Hef and his scantily-clad bunny girls are still a regular fixture on the party scene -- but sales have dropped from seven million an issue in 1972 to around three million now.

And in the wake of recession, Playboy has introduced a strict cost-cutting regime and is reported to have laid off 25 per cent of its workforce in Los Angeles and New York.

Hefner still controls 70 per cent of the company, but his daughter Christine has stepped down as the Chief Operating Officer and formally severed her ties at the company's annual general meeting last week.

However, a Playboy spokesman denied it had received any offers, insisting there're no changes to ownership afoot. However, he added that as a public company, Playboy would 'listen to proposals that could create value for all of our shareholders'. (PTI) 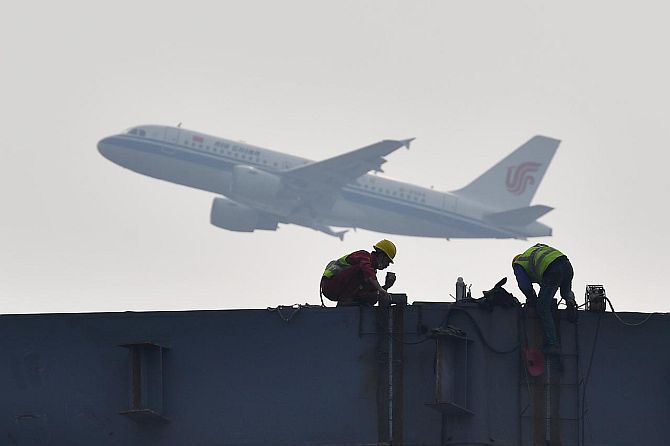 'Lockdown should be extended for another 15 days'