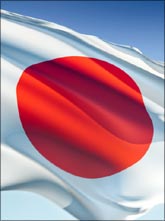 Indian systems engineers have emerged as the backbone of Japan's IT industry and more are flocking to the country which is witnessing a steep decline in its work force.

Systems engineers from India are making their presence felt in Japan's information technology industry. Around 22,000 Indians are living in Japan at the end of  2008, nearly double the number a decade ago.

"India is already the international standard in the IT world," said Kenichi Yoshida, a director of Softbridge Solutions Japan Co., a staffing company. Its founder is an Indian-American, who set up the Japanese company in 2002.

Indian engineers are sent out to Japan after studying Japanese language for five months. In addition to operation and maintenance of financial information systems, they are in charge of systems development for computers and mobile phones, Kyodo news agency reported.

"While the number of working people is decreasing in Japan, in India the number will continue to increase until 2040. Education levels are also high. It's important for Japanese industry to work together with India," Yoshida said.

His company is also providing opportunities for Japanese engineers to undergo training in India for two to four months, and major Japanese enterprises are taking advantage of the service.

"Everything is in English there. They eat curry from same bowl and return home a lot tougher," he said.

Tokyo's Edogawa Ward has the highest number of Indian residents, at about 2,200. After visa requirements for engineers working in Japan were eased in 2001, Indians flocked to the ward because it is close to the centre of Tokyo and prices are lower than in other wards.

"Until several years ago, there were only men in their 20s whose families were back home, but recently, the number of Indians accompanied by their families is increasing," said Jagmohan Chandrani, 57, a company president who came to Japan about 30 years ago.

Chandrani imports and sells black tea, runs a guest house and also serves as leader of the Indian society in the ward, assisting his countrymen in their day-to-day lives.

Many new residents are from Bangalore (now Bengaluru), known as India's Silicon Valley. Given that tandoori chicken and nan, which are popular in Japan, are northern Indian dishes, Chandrani has opened a southern Indian restaurant and a food store for engineers yearning for the taste of home.

He also participates in local events and holds an Indian festival twice a year, inviting Japanese from neighboring areas.

Chandrani hopes the ward will become not an 'India town' but a place serving as bridge between the two countries.

India among top 50 in global competitiveness