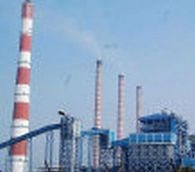 The government on Friday said it is expecting to raise about Rs 8,100 crore (Rs 81 billion) from the five per cent stake sale in power PSU NTPC through a Follow-on Public Offer (FPO).

"We anticipate more than three times what we got last time (at the time of IPO in 2004)," Disinvestment Secretary Sunil Mitra said.

The Cabinet Committee on Economic Affairs (CCEA) last month had approved the stake sale in NTPC. After stake dilution, the government's holding in NTPC would come down to 84.5 per cent from the current 89.5 per cent.

Limited divestment in a few PSUs only: Pranab