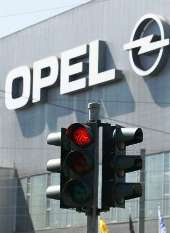 The US auto maker General Motors has confirmed it will retain all four plants of its European subsidiary Opel in Germany but will cut 9,500 jobs in Europe as part of restructuring to make the company profitable again.

The head of GM's European operations Nick Reilly assured on Thursday state premier of Thuringia in eastern Germany Christine Lieberknecht that Opel's Eisenach plant in the state will remain open.

Eisenach is an highly efficient plant and 'we want to keep it as an important resource for Opel,' Reilly said after talks with Lieberknecht at Opel's main German plant in Ruesselsheim, near Frankfurt.

Reilly had confirmed earlier that the Ruesselsheim plant as well as two other German sites in Bochum in the state of North Rhine Westphalia and in Kaiserslautern in the state of Rhineland Palatinate will also be kept.

Before meeting Lieberknecht, Reilly held discussions with the state premier of Hessen, Roland Koch, and assured him that the Ruesselsheim plant will continue to remain GM's main operational base in Europe and there will be no lay-offs there related to the planned restructuring.

The Ruesselsheim plant is extremely important for GM as it is not only a manufacturing plant but also a research and development centre, Reilly said.

The General Motors' recent decision to shift its European headquarters from Zurich to Ruesselsheim "is an indication of how much importance the GM has for the site," Reilly said.

However, Opel needs to restructure the company and to reduce its capacity by 20 per cent to make it profitable again and to remain globally competitive, GM's European chief said. He indicated that GM plans to lay off between 9,000 and 9,500 workers from its present European workforce of around 45,000.

Opel and its sister brand Vauxhall also has plants in Spain, Belgium, Britain and Poland. Around 25,000 of its European workers are based in Germany. Vauxhall employs about 5,500 people at its two plants in Britain.

General Motors had caused shock and outrage in Germany earlier this month by abruptly cancelling a plan to sell Opel to the Canadian manufacturer of auto components Magna and a Russian investment bank.

The proposed deal with Magna was the choice preferred by the German government for the loss-making auto maker because Magna had promised to keep all four German plants and to lay off a maximum of only 2,600 German workers.

The German federal government and state governments had offered Opel a bridging loan of 1.5 million Euros in May after it looked almost certain that Magna would buy the company. They had also expressed readiness to provide Opel an additional credit of 4.5 billion Euros if the deal gets through.

The GM said it had cancelled the sale because of 'improvements in the business climate' of the company.

The GM had decided also to keep Vauxhall under its fold. Meanwhile, German Chancellor Angela Merkel confirmed yesterday that Opel had completely paid back the bridging loan.

"The tax payers haven't lost even a single cent in the Opel operation," she said addressing a meeting of the Federal Association of German Employers in Berlin. The chancellor defended the decision to support the company, which was threatened with closure or bankruptcy and said "it was a right decision to build a bridge for Opel."

Reilly is scheduled to present GM's restructuring plans for Opel and Vauxhall at a meeting of European workers' representatives later on Thursday.

He had already indicated that the General Motors was expecting the European nations with Opel and Vauxhall sites to finance a major part of an estimated Euro3.3 billion needed for the restructuring of its European subsidiaries.