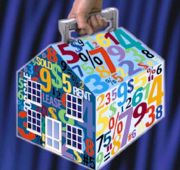 With demand for real estate picking up, General Insurance Corporation of India Housing Finance Ltd was targetting disbursal of Rs 750 crore (Rs 7.5 billion) housing loans this year, a top official of the institution has said.

Because of the slowdown, GIC's housing loan disbursement had been 'static', but it would pick up by the second half of this fiscal. Till september this year, the disbursal was Rs 290 crore (Rs 2.9 billion), M Sivaraman, managing director, told reporters in Kochi on Monday night.

Since August 2008, there was slowdown in demand for housing and there had been large scale correction in price level of real estate sector. Prices of property have been corrected by 25 per cent ot 30 per cent in the market, he said.

To a query, he said demand for housing was deteriorating because of existing prices in the real estate sector.

To woo more investors, GIC had introduced a limited period special scheme for festival season from October this year for all new individual housing loans up to Rs 1 crore (Rs 10 million).

The rate of interest applicable for the period was 7.95 per cent for a 6 months period after which it would reset to the then prevailing base lending rate, he said.

On shift in demand from luxury to budget houses, Sivaraman said now builders were concentrating more on budget segment since the correction in value was more in luxury segment.

About 40 per cent of the business was from Maharashtra and GIC was spreading to tier II cities in the state. Three more offices would be opened this year in Indore, Baroda and Nasik.

An office at Nagpur was recently opened, he said adding next year eight more branches were being planned and in the next 5 years GIC has plans to open branches in 100 locations across the country.

In Kerala, GIC has disbursed around Rs 26 crore (Rs 260 million) and the company was planning to grow at the rate of 25 per cent this year, he said.

Can India get back funds in tax havens?