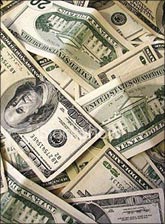 Trade unions on Tuesday went one step ahead of Corporate Affairs Minister Salman Khurshid on the issue of CEOs' salaries suggesting their remuneration must be regulated by law as 'self-regulation is no remedy'.

Leaders of major trade unions, including Centre for Indian Trade Union, All-India Trade Union Congress and Hind Mazdoor Sabha, said there should be a cap on the pay packets as complete freedom had led to collapse of several global corporations.

"We don't approve of high CEOs' salaries. The government should bring strict law to deal with this problem. Self-regulation in this case is no remedy," said CITU general secretary Mohammad Amin, adding the trade union would build public opinion on high compensation for corporate honchos.

The debate was triggered by remarks of Corporate Affairs Minister Salman Khurshid who had said that, "I don't think anyone in India today, in politics or outside politics, has reached the level of liberalism where vulgarity is also a fundamental right."

According to the minister, "The idea of control has become old. But no control does not mean there is no regulation. I am not for control, I am for regulation."

However, the industry strongly disapproved the idea of any control arguing it could lead to flight of talent.

AITUC secretary D L Sachdev too demanded that "There should be some cap on CEOs' salary. We are already claiming for minimum wages, similarly maximum remuneration should also be fixed for CEOs'."

He further suggested that corporates with the help of industry bodies like CII or FICCI could regulate CEOs' salaries. "If the proposal does not work, the government can bring some regulation to deal with this", Sachdev added.

The Indian National Trade Union Congress, however, disagreed with other trade unions and said, "No regulation is necessary" to deal with the issue of salaries of CEOs.

"CEOs' salaries were raised to match the standards of multinational companies and if you try to reduce salaries, it may affect their administration as well as image of the company in the market," INTUC president G Sanjeeva Reddy said.

Pointing out that Satyam episode had manifested what a CEO can do to a company, CPI national secretary D Raja said the least the government should do is to ensure that companies seeking bailout do not retrench workers or cut their salaries.