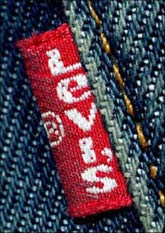 Apparel major Levi's has entered into a tie-up with leading lenders HDFC Bank and Axis Bank to launch EMI scheme for its customers.

Under the agreement, customers who purchase merchandise worth a certain minimum amount from Levi's stores using the credit card of partner banks, can convert the transaction to an EMI scheme, a press release said.

The transaction will be then billed to the consumer in three equal parts over the next three months. The service can be availed without any additional charges, the release said.

The scheme was test-launched in Bangalore in June this year and will be launched across nine markets in India by mid-September.

Who are Bollywood's most powerful celebrities?