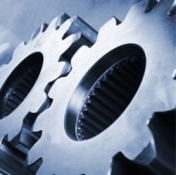 India's engineering exports plunged by around 31 per cent to $2.6 billion in August due to a slump in demand in major markets like the US and Europe. The exports stood at $3.8 billion in August 2008, an official said.

Engineering goods exporters are not hopeful of recovery in demand in the international market in the coming months, the official said.

Exporters are pinning their hopes on revival of demand in the major markets due to large stimulus packages. However, at best, only tentative revival signs have been perceived in select export destinations.

The government had announced several measures to revive exports including 2 per cent interest subsidy, duty-free import of capital goods and had extended income tax holiday for export units for one more year.

India's overall exports have been contracting for the last 11th month in August to about 20 per cent.

Source: PTI© Copyright 2021 PTI. All rights reserved. Republication or redistribution of PTI content, including by framing or similar means, is expressly prohibited without the prior written consent.
Related News: India, US, Europe
SHARE THIS STORY
Print this article