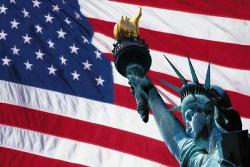 The US government has earned $10 billion from the bailout money paid by banks so far, according to a report that also suggests taxpayers might turn a profit on the unprecedented help extended to the financial sector during the crisis.

Goldman Sachs and American Express played a large role in boosting the US Treasury's coffers by agreeing to pay a favourable price for the warrants received in return for the aid, the Financial Times said citing a study by the consultancy SNL Financial.

The Treasury's profits on its $250 billion crisis-time investment in banks might quell the political backlash against the use of taxpayers' funds to help companies like Citigroup, Bank of America, Goldman and Morgan Stanley.

Treasury still expects to lose $117 billion on the entire Troubled Asset Relief Programme, which includes investments in the car industry and AIG, the insurer.

But the SNL report suggests the financial sector, which was originally expected to cost $76 billion, might prove profitable.

The 49 companies that returned TARP funds, which paid dividends on the government's preferred stocks and either repurchased or let Treasury auction the warrants, yielded a profit of $10.5 billion for the authorities, SNL found.

According to the publication, Goldman and American Express were among the biggest sources of profits, generating an annualised return of 20 per cent and 23 per cent respectively after repurchasing warrants in July 2009.

The government stands to make a further profit on its planned sale of its 27 per cent stake in Citi.

However, investments in smaller banks might be loss-making, with some 28 lenders holding a total of $1.9 billion in TARP funds.