BHEL on Wednesday said it has commissioned a captive gas-based power station at a refinery in Oman. 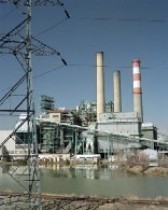 The 26-MW Gas Turbine Generator was put on stream at the Oman Refinery and Petrochemical plant in Muscat, an official statement said.

This is the second such unit to be commissioned by BHEL at the refinery. Another unit of similar rating was commissioned at the same project in May, 2010.

The Gas Turbine Generator units were engineered, manufactured and supplied by the company's Hyderabad Plant, while the control system has been supplied by its Bangalore unit.

Oman is a key export market for BHEL with several benchmark references established by the company, including installing 16 Gas Turbine sets with a cumulative capacity of more than 1,250 MW in the west Asian country alone.

At present, BHEL is executing 45 contracts in 23 countries, which include major turnkey projects in Bangladesh, Bhutan, Libya, Syria and Sudan.

Cyclone moves away from Gujarat, heads to Oman

Spotted: Sreesanth at his restaurant in Bangalore