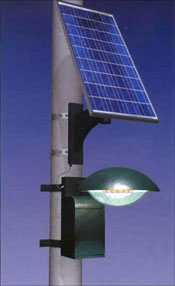 Financing of solar projects under the Centre's ambitious national solar mission has hit a major roadblock as banks have argued that the current structure of the power-purchase agreement was not bankable due to the credibility of many states.

The existing PPA structure of the national solar mission provides for a trader PPA with NTPC Vyapar Vidyut Nigam, which passes on the risk of default by state distribution companies (discoms) to the developer.

Several banks, including State Bank of India (SBI), Bank of India and Central Bank of India, have argued that many discoms were delaying and sometimes defaulting on payments, and therefore, have called upon the Centre to contemplate a tripartite agreement between the developer, the state discom and the Reserve Bank of India to ensure the PPA bankability.

Banks said solar power remained a risky and expensive option, despite the support being provided by the Centre and the state governments.

According to banks, another source of revenues for solar projects can be renewable energy certificates (RECs), wherein developers can forgo the preferential tariff and trade RECs on the energy exchange.

However, banks opined that the REC market was at a nascent stage and depended on the state's renewable purchase obligation (RPO).

However, he said SBI had invested Rs 1,000 crore (Rs 10 billion) in renewable projects. He added the per unit tariff of solar project continued to be higher than the ultra mega power projects.

Central Bank of India chairman and managing director V Sridhar said financing of solar projects would be possible only after carrying out techno-economic viability studies.

Bank of India chairman and managing director Alok Kumar Mishra said financing of such projects would be possible, until banks get comfortable. He shared Sridhar's view that techno economic viability study was necessary before banks took any decision.

A SBI official, who did not want to be quoted, told Business Standard: "Non-recourse financing is the preferred financing structure, where the lending institutions would provide debt to a special purpose vehicle set up for the project, and would have a lien on the project's cash flow. However, as this structure does not provide recourse to the developers balance sheet, banks require rock solid agreements for revenues from the projects."

The official, however, noted that the financing of the solar projects can be done through Green Energy Funds, which are currently in the market and these can provide equity, quasi-equity and mezzanine financing.