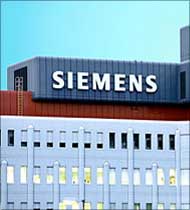 The CAD Group employs over 100 engineers and scientists, who work together with various information technology and other diagnostics research projects of Siemens Healthcare.

It has 150 research and development locations in over 30 countries around the world, employing over 32,300 people. The Germany-based company spent over euro 3.8 billion in a year on R&D, he said.

The CAD Group will hire more scientists and engineers in the near future on a project to project basis, said the scientist, who was honoured as 'Inventor of the Year 2009' by Siemens.

Further, the Group is working on four more next-generation imaging tools, with CAD as the mainstay.

"In future, diagnostics imaging software will provide doctors with accurate data on the disease and its condition, analyzing the disease history of the patient, than just offering an image to the doctor. We are also working on such projects," he said.