Asia-Pacific to be largest air transport market by 2028 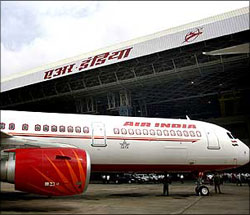 European aircraft maker Airbus expects the Asia-Pacific region to overtake the United States and Europe as the world's largest air transport market in the next 20 years.

According to Airbus' projections, the requirement of 8,000 aircraft represents one third of the predicted global deliveries between now and 2028, with the region driving demand for larger aircraft types.

Giving details, Airbus chief operating officer John Leahy said that within 20 years the region would overtake the US and Europe as the world's largest air transport market, with Asia-Pacific airlines carrying over 30 per cent of the global passenger traffic and around 40 per cent of all air freight.

"To meet this demand larger aircraft will be needed to ease congestion and do more with less. This will see airlines from the region account for over 40 per cent of twin aisle deliveries and more than 50 per cent of the demand for very large aircraft such as the A380," Leahy said.

The added that: "As a result of this growth and continuous fleet replacement, the region is expected to take delivery of some 880 very large aircraft, 2,570 twin aisle widebodies and 4,560 single aisle aircraft."

Delhi airport to be made global airline hub