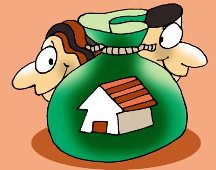 DLF said on Wednesday it plans to raise Rs 1,000 crore (Rs 10 billion) through unsecured loans by the end of this month, while hinting that prices in the housing segment could witness an increase.

"We have mandated Axis Bank to raise Rs 1,000 crore through non-convertible debentures," DLF executive director (finance) Saurabh Chawla told reporters on the sidelines of a Confederation of Indian Industry event.

NCDs are unsecured loans to a firm with no provisions to exchange debt for corporate stock.

"The money will be raised by the end of this month and it will primarily be used for retiring our debt," he said, adding that NCDs will be for a period of three years at an interest rate of 10.5 per cent.

DLF group executive director Rajiv Talwar said prices in the housing segment could increase in the near future with demand coming back, which helped the company sell units worth nearly Rs 500 crore (Rs 5 billion) in January.

He, however, said if the government sanctions more projects and supply improves prices will remain stable.

"In the housing segment collection is even better (against bookings)," Talwar said. DLF's January sales were, however, lower than those in December 2009, which were at Rs 1,000 crore (Rs 10 billion).

Explaining the drop in January, he said, "During October-December period housing sales were higher due to festive season demand."

Talwar said DLF will keep its focus on affordable and low income housing even as sales have improved in the luxury segment.

Asked about the company's plans to sell off non-core assets, he said DLF is looking at optimum price and it will not do distress sale of assets.

It has been planning to sell off its wind power business but it has not happened so far.