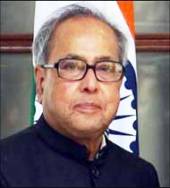 The government on Friday exuded confidence of introducing major reforms on direct and indirect taxes front in the form of goods and services tax and direct taxes code from April 1, 2011.

This means that GST would miss its earlier introduction deadline of April 1, 2010, by a year.

Source: PTI© Copyright 2020 PTI. All rights reserved. Republication or redistribution of PTI content, including by framing or similar means, is expressly prohibited without the prior written consent.
Related News: GST, DTC, Pranab Mukherjee, VAT
SHARE THIS STORY
Print this article