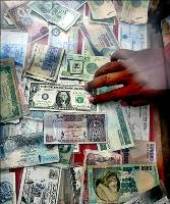 Notwithstanding the signs of revival in the economy, affluent investors and millionaires are losing their confidence on investments amid rising concerns about the political climate, a survey says.

The Spectrem Affluent Investor Confidence Index -- which measures the investment confidence and outlook of households with $500,000 or more in investable assets -- fell five points in December to -15.

"Affluent investors and millionaires saw their investment confidence decline in December, with the affluent returning to a mildly bearish stance. While more positive on the economy, rising concerns about the political climate are making wealthy Americans a little less optimistic heading into the New Year," Spectrem Group president George H Walper Junior said.

The decline in index follows a five point gain in November 2009. In 2009, the affluent index remained bearish for 11 of the 12 months.

According to affluent investors, some of the most serious threat for achieving their financial goals include political climate, which was cited by 22 per cent of respondents, followed by economy (18 per cent), unemployment (12 per cent), market conditions (6 per cent), inflation (6 per cent), and health-related issues (4 per cent).

The Spectrem Affluent Investor Confidence Index is based on a 250 monthly interviews with financial decision-makers in households with over $500,000 in investable assets.