Mobile phone major Nokia indicated on Wednesday that dual-sim mobile handsets were on the anvil for the Indian consumers with expansion in demand. 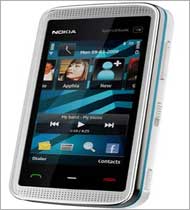 "We are looking at more than one sim phone," Nokia head (activation, media & online marketing) Viral Oza said in Kolkata at the launch of two handsets in the touch-screen segment.

The company might launch a dual sim phone in 2010, Oza said but declined to make any comment on the exact timing.

Dual sim phones of other brands are receiving good response by the customers with over 100 million handset market in the country.

The company said is in talks with other telecom operators besides, Idea to offer Nokia Life Tools services.

Currently, the service is available on the Idea network.

It provides a range of services targeting farmers and students of emerging economies.

Nokia spokesperson said that the development of Life Tools was made in India and launched in other developing Asian economies. Recently, the service was launched in Indonesia.