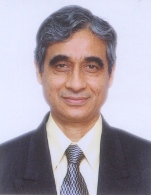 State Bank of India chairman O P Bhatt on Monday said that interest rates are likely to go up in the coming months if the Reserve Bank of India (RBI) tightens its monetary stance.

He has also warned that loan defaults, particularly from the SME segment, may rise over the next two quarters. "Inflation is rising and there are fears that regulatory action may lead to hardening of interest rates," SBI's chairman said at the Bancon conference in Mumbai.

The Reserve Bank is scheduled to review its annual monetary policy later this month, when it is expected to hike Cash Reserve Ratio, the percentage of amount banks have to park with it, to suck out the excess liquidity from the system.

Referring to possible rise in defaults, he said "NPAs are rising, specially in the SME sector and given the lag effect, my sense is that it will continue to rise over at least next two quarters. Bhatt said the consolidation in the banking industry remains a concern owing to its slow pace.

Indian banks will have to grow in size and scale, which otherwise, will act as a constrain for local lenders to compete with their counterparts abroad. On State Banks consolidation process, Bhatt said the process is happening at a slow pace.

"We started the process of consolidation, but it is going a bit slow," Bhatt observed. Whether Indian banks will be able to find adequate capital to finance the fund-starved infrastructure sector also remains a challenge, he said.

The government estimates a investment of $500-billion to develop ports, roads and airports over the next 5 years. Also, banks will have to fine tune their risk management mechanisms in the face of challenging market conditions, he said.

Further, Bhatt said despite challenges, India is likely to maintain a growth rate of 8 per cent and can reach to 10 per cent in the later years, he said. "The combined dynamics of multiple factors in social sector, political sector and economic sector is such that come what may, the country will continue to grow at 8 per cent for the foreseeable future," Bhatt said.

The centre of economic activities is slowly and surely shifting to East, particular India and China and global investors are increasingly focusing on India, he said.

Given the strong fundamentals of the economy, bank credit, over the next 3-5 years is expected to grow by 20-25 per cent for the industry. SBI, which had set a credit growth target of 25 per cent in the beginning of this fiscal, however, lowered its target to 16-18 per cent given a slow credit off-take.