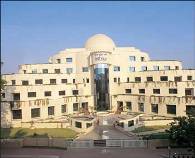 IT bellwether Infosys Technologies on Tuesday said it has increased its headcount by 4,429 employees in the last 3-month period.

The company had hired 8,719 employees in the December quarter, but after taking into account attrition and other factors its net addition nearly halved.

As on December 31, 2009, Infosys and its subsidiaries have a total of 1,09,882 employees on board, it added. The company said it has adequate employee strength to meet the market demand.

"Our strategy of investing in enhanced training during the downturn has enabled us to grow rapidly as the recovery begins," T V Mohandas Pai, head, HRD and Education & Research said.

The company's board has appointed Marti G Subrahmanyam as the 'Lead Independent Director' with effect from Tuesday.

Murthy to resign as Infosys chief in 2011