For the first time since fixed-cum-floating rate home loan schemes, branded as teaser rates, were introduced in December 2008, the Reserve Bank of India on Tuesday cautioned banks about the risks in offering such loans, as consumers might experience payment shocks when interest rates rose. 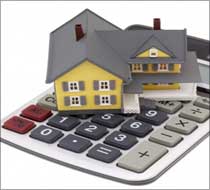 Bankers said there was no reason to worry because they had factored in the payment capabilities of borrowers even after the rise in interest rates. Besides, they said, the lending norms had not been eased and the schemes were being clearly explained to borrowers.

Under the fixed-cum-floating rate schemes being offered by almost all large banks and mortgage companies, banks have fixed interest rates at 8-8.50 per cent for a period of 1-5 years. Subsequently, borrowers would shift to a floating rate scheme that is linked to the prevailing market rate.

When State Bank of India launched the fixed-cum-floating option, HDFC, the largest home loan player, had said the teaser rates could spoil the market. SBI executives on Tuesday said the scheme was launched to push credit at a time when demand for loans was absent. Besides, they said the real estate sector was under stress and the government had asked banks to formulate schemes to help the sectors most affected by the global financial crisis.

RBI deputy governor Usha Thorat said at the Bancon conference that the teaser rates did cause some concern. "Banks should ensure that income of borrowers is adequate to service the loan when recovery picks up and interest rates return to normal levels," she said.

The scheme has now been expanded from home loans to other consumer loan segments like car finance.

SBI chairman O P Bhatt defended the scheme, saying RBI paid 3.25 per cent for funds parked at reverse repo window, while this money could earn 8 per cent if lent for buying homes.

The bank has managed to scale up its market share in home and auto loan businesses on the back of the fixed-cum-floating rate schemes. HDFC, which had originally opposed the scheme, has also opted for it, though it has called it a limited-period offer.

Last week, ratings agency Fitch flagged the teaser rates for home loans as an area of concern. It said the interest rate, which was set artificially low for initial period, could give a "payment shock" to borrowers, as the equated monthly instalment (EMI) shot up after lenders began to charge regular interest rates.

The sub-prime crisis in the US was triggered by banks offering mortgage loans at ultra-low rates to borrowers who couldn't repay them when rates rose. RBI's concern comes at a time when local banks have said there could be some pressure on their loan portfolio, as companies are yet to recover fully from the impact of the financial crisis.

Ratings agency Crisil estimated that gross non-performing assets of the Indian banking sector could touch 5 per cent by March 2011, from 2.3 per cent in March 2008.

Referring to underpricing of loans in a market awash with liquidity, Thorat said there was risk in lending at below prime lending rates. Banks had to ensure that funds were used by clients for productive purposes.

Admitting to the risks of underpricing, Union Bank of India Chairman and Managing Director M V Nair said banks were competing for lending in a low credit growth environment. "We will take up the issue at the (Indian Banks') association level to sensitise banks," said Nair, who is also the chairman of the industry lobby.

"It is not that because it is priced lower, there is higher chance of non-performing assets. It's not lower than our cost of funds and we have other products priced at similar rates," Bhatt said, when asked about the comments from the central bank official.

For most banks, nearly 75 per cent of the loans are priced below the benchmark prime lending rate. A part of the reason for this is directed lending, while the rest is due to pressure from companies that use the competition in the market to drive down interest rates.

The central bank had set up a committee under executive director Deepak Mohanty to review the BPLR framework. The panel has recommended that the system be replaced with base rates, which are linked to one-year cost of funds. In addition, it has said that only 15 per cent of the lending should be below the base rate.

She also defended the decision of making banks meet 70 per cent loan loss coverage ratio by September 2010. She said this decision factored in increase in non-performing assets in future and likely slippages in restructured assets.

RBI would soon issue guidelines prescribing the minimum period for which banks should hold assets on their books before securitising these.
BS Reporter in Mumbai
Source: