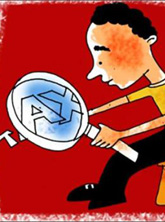 All financial transactions without a permanent account number (PAN) will attract tax from April 1. The government today said tax at higher of the prescribed rate or 20 per cent will be deducted on all transactions liable to tax deducted at source (TDS), where PAN of the taxpayer is not available.

"A new provision relating to TDS under the Income Tax Act of 1961 will become applicable with effect from April 1. The law will also apply to all non-residents in respect of payments or remittances liable to TDS," the Central Board of Direct Taxes (CBDT) said in a statement.

The Income Tax Department has already made it mandatory for employers to quote PAN of their employees and parties from whom tax is deducted while filing TDS returns. The move of imposing penalty for not quoting PAN, announced in the 2009-10 Budget, is aimed at strengthening the database of the revenue department and increasing tax compliance.

"There is a widespread move to make PAN ubiquitous for all financial transactions. It is basically to build up a tax database and a tax information network. The higher tax is a kind of penalty to bring more people within the ambit of tax information," said Amitabh Singh, partner, Ernst & Young.

To avoid disputes regarding quoting, non-quoting of PAN or accuracy, all deductees and deductors will be required to quote PAN of deductees in all correspondences, bills, vouchers and other documents sent to each other. If a deductee fails to do so, he will have to pay 20 per cent TDS instead of 2 per cent on rental payments for plant and machinery and 10 per cent on land and building.

"All deductors are advised to intimate their deductees to obtain and furnish their PAN so as to avoid TDS at a higher rate. All deductees, including non-residents having transactions in India liable to TDS, are advised to obtain PAN by March 31 and communicate the same to their deductors before tax is actually deducted on transactions after that date," the CBDT said.

BCCI not a charitable body, says IT department