US asks China to explain curbs on Google, Internet 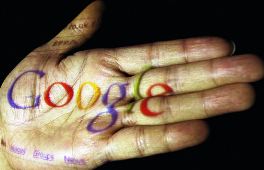 The United States has said it has held several rounds of meetings with China on the allegations of search engine giant Google that Chinese authorities were indulging in email hacking and censorship, a top Obama administration official said.

"Specifically on the Google-China issue, I think it would be fair to say that the US Government has had multiple meetings with Chinese authorities on this matter and will have more in the coming days," the assistant secretary of state for East Asian and Pacific Affairs, Kurt Campbell, said on Tuesday.

"It is also the case that we take this matter very seriously and, as Secretary of State Hillary Clinton said last week, that the whole issue does raise serious concerns," he told reporters at a news conference.

"Now, it is also clear that China has denied the allegations made by Google. But we also think that the Chinese are in the best position to explain this, and we are asking them for an explanation," Campbell said in response to a question.

"We are not prepared to go into any further specifics at this time, but we will be having more discussions with Chinese interlocutors in the coming days," he said when asked about the US position on Google-China spat. Last week, the state department had said it would issue a demarche to the Chinese this week on the Google allegations with regard to email hacking and censorship.

Noting that in terms of the cyber arena, the ability to operate with confidence in cyberspace is critical in a modern society and economy, Campbell said adding cyberspace provides a platform for innovation and prosperity and the means to improve general welfare around the globe.

The US President Barack Obama has identified cyber security as a national priority that underpins global security and economic prosperity and also contributes to free expression, he said.

"In addition, the president specifically made Internet freedom a central human rights issue of his trip to China, holding the first-ever online town hall meeting, where he highlighted the principles that freedom of expression, including free and open Internet use, is a universal right that should be available to all people, whether they are in the United States, China, or indeed any other nation," Campbell said.

The secretary of state Hillary Clinton will be giving an address on January 21 on the importance of Internet freedom in the 21st century.

"We will have further comment on this matter as the facts become clear," he said.