Readers can discover what really happened as Somiah recounts a ringside view of important events in the nation's history during the 1980s and 1990s. 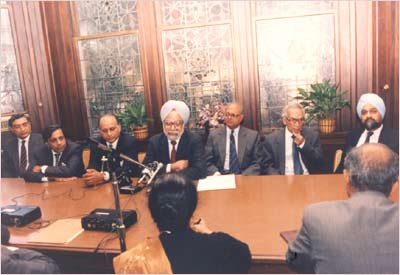 Dr Manmohan Singh was the Deputy Chairman of the Planning Commission when I joined and Rajiv Gandhi was the ex-officio Chairman. Four eminent men were members of the Commission, with different subjects under their charge.

I was the main coordinator and all files were routed through me for orders and approval. The job was totally different from the kind I held earlier and the vast secretariat housed in Yojana Bhawan, including various technical advisors, worked under my control and direction.

I joined the Commission at a crucial time when the seventh Five Year Plan for the period 1985-90 was under preparation and discussion. It was a complex maze of work and the Commission's busiest period. I worked on holidays and never left the office before 9 pm.

Within a few weeks, the first tentative draft of the seventh plan containing the broad outlines was placed before the Commission for approval.

In his first meeting of the Planning Commission, after we had completed our presentation, Rajiv Gandhi stated that he did not agree with our approach to the plan and wanted it to be recast completely. He shared his vision with us to lead India into the twenty-first century as a fully developed nation.

He wanted us to plan for the construction of autobahns, airfields, speedy trains, shopping malls and entertainment centres of excellence, big housing complexes, modern hospitals and healthcare centres.

He held forth in this way for the next half-an-hour and concluded his speech with a grin, suggesting that we should change our mindset in drafting the seventh Five Year Plan. We were shocked into silence.

Dr Manmohan Singh called an internal meeting of the Commission to discuss the matter further. The broad consensus that emerged was that the Prime Minister was urban-centric without any knowledge of the socially and financially backward condition of the vast population living in the rural areas.

It was decided that in the next meeting we would try and educate the Prime Minister about the hard realties of the widespread poverty prevailing in the country.

In the next meeting of the Planning Commission, the soft-spoken Dr Singh deliberated at length on the negative economic indicators prevalent in the country, which could not be ignored for providing relief in any future plan.

The Prime Minister was not impressed and made some hurtful derogatory remarks about Dr Singh's presentation. He then turned to the other members for comments but none of them had the courage to speak up. He finally turned to me and said sarcastically, 'Let us hear what the Secretary has to say about the approach to the plan.'

In response I mentioned that during the thirty-year period of the last six plans we had achieved an economic growth rate of two to three per cent annually (which the economists derided as the Hindu rate of growth). We had now chalked out a plan of five per cent growth annually. In the first chapter of the draft plan, we had foreseen a similar growth pattern for the next fifteen years. This was difficult to achieve given the past experience.

I went on to say that even if we achieve this ambitious projection, the country could in no way match the West. Our efforts would relieve intense poverty in the rural sector and would provide for better drinking water facilities in the rural area, better healthcare and education for the poorer sections of the society and good growth in the industrial sector.

I also mentioned that if the intention was to reach the Western standards of living for the entire population of India, there were not enough energy sources in the entire world to achieve it. High standards of living required high energy consumption per capita. After this the meeting ended without any specific direction from the Prime Minister.

A few days later the Prime Minister shared his thoughts with journalists, calling us a 'bunch of jokers' who were bereft of any modern ideas of development.

When this news made headlines in the newspapers, Dr Singh, emerging out of an urgent meeting with the other members, called me to his office. He looked distraught and terribly upset with the Prime Minister's remarks. He told me that he was tendering his resignation, as he seems to have lost the confidence of the Prime Minister.

I sat with him for nearly an hour and told him not to take the extreme step and blamed the Prime Minister's ignorance for this behaviour.

I further advised that since the Prime Minister was young and inexperienced, it was our duty to educate him rather than abandon him. I was finally able to convince him not to act hastily and that was my good deed for the day.

Within six months, we finalized the draft plan with the Prime Minister's approval. High suggestions were taken into account by increasing the provision of the development of national highways, improvement of airports and urban infrastructure.

By this time the Prime Minister had leant the magnitude of rural distress in the country through his frequent visits to rural areas. The plan finally approved for presentation before the National Development Council (NDC) contained all the key elements directed against poverty and hunger, as originally suggested by us.

Image: A file photograph of Dr Manmohan Singh from the 1980s with senior government officials including Montek Singh Ahluwalia, currently the deputy chairman of the Planning Commission, extreme right; Gopi Arora, second from right, then a senior official in Rajiv Gandhi's office; and N K Singh, second from left, now a Rajya Sabha MP from Bihar. 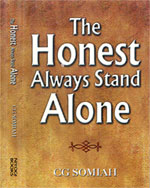 Ex-SBI chief's book is frank, but is it fearless?

Telcos may ring in 5G services on Independence Day