Housing, auto and corporate loans may get dearer 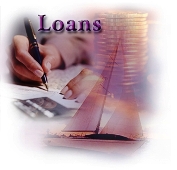 "The monetary action by RBI is aimed at attacking inflation. It has made fund costlier for banks. It is a signal for upward movement of interest rates," Central Bank of India executive director Arun Kaul told PTI.

RBI on Tuesday raised its short-term lending and borrowing rates by 0.25 per cent and 0.50 per cent respectively to bring inflation down to six per cent by March 2011 from double digits now.

At the same time, some feel that there could be some impact on the short-term rates of maturity below one year.

The impact of policy action on interest rate would come after some time, Muhnot said, adding liquidity is also under pressure at present.

However, Oriental Bank of Commerce executive director S C Sinha said the RBI policy action may not have impact on interest rates since cash reserve ratio, the amount of deposits banks mandatory park with the apex bank, has not been touched.

Another policy stance is to bring down the corridor between repo and reverse repo rate to 125 basis points, indicating unwinding of easy monetary policy, Sinha said.

The short-term lending rate (repo) goes up to 5.75 per cent while short-term borrowing rate (reverse repo) rise to 4.50 per cent with immediate effect. Prior to gobal financial meltdown, the corridor between repo and reverse repo was 100 basis points.