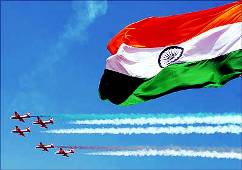 Net profits of 2,850 companies for which results are available, excluding banks and those in financial services, went up 40 per cent compared with the same period a year ago.

The refinery companies, which sell petrol, diesel, domestic LPG and kerosene below imported cost were also paid less compensation by the government.

These companies posted higher net profit in the previous year's quarter, mainly due to the bulk of compensation being received in the fourth quarter of FY09.

Steel, pharmaceuticals, entertainment, jems and jewellery and textiles sectors were also back in the black.

The refineries, however, played an exactly opposite role in corporate India's sales performance during the quarter.

The 2,850 companies reported a 24 per cent jump in sales, due to a 46 per cent rise in sales growth of the six refining companies, including Reliance Industries.

Excluding them, the sales growth of India Inc was up 19 per cent during the March 31 quarter. Some of the smart growth in the top line can be attributed to higher commodity prices and some of it to the low base effect.