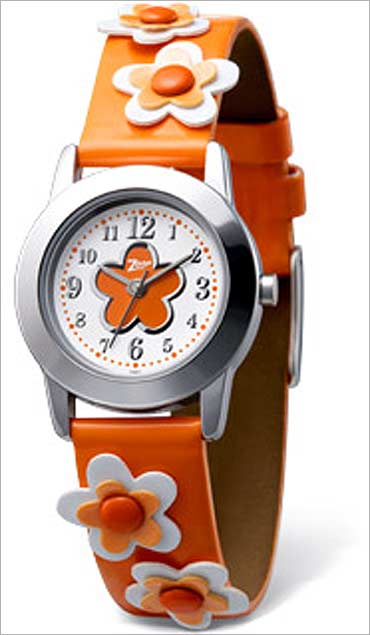 What's pink or purple, has summer flowers on it, and can be worn on your wrist? It is Titan's new range of children watches called Zoop. Titan has re-entered the children's watch segment which, the company feels, is 14-million strong.

Eleven years ago, Titan had tested the waters with a brand called Dash. It was targeted at children between six and 14 years, and was priced at Rs 250 to Rs 395. But children didn't warm up to it, and Dash was withdrawn quietly in 2003.

Titan says the failure had less to do with the time of the launch than with the price. "We were unable to get it at the price we wanted, but it had nothing to do with demand problems," says Suparna Mitra, Titan's head of global marketing.

This is a market not many watch makers have focused on. Branded players are not aggressive in this space. Timex puts it down to low margins.

"We do have a children's range in our portfolio. There's huge potential in this segment; however, it's a big challenge for any branded watch company to venture into it and become a volume player, while providing a good mix of quality and relevant pricing," says Timex managing director VD Wadhwa. 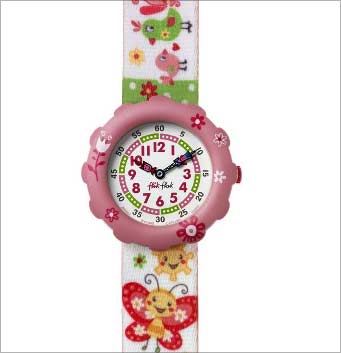 Watch making for Swiss brands like Swatch is an intrinsic affair that cannot be outsourced to low-cost producers in India or China.

The market is dominated by imported stuff which comes with no guarantees, no brands. Any watch that fails has to be dumped because there is no way it can be repaired. Given the huge presence of unbranded watches in this category, why is Titan, the Tata-owned company, keen to get in?

The move is an offshoot of a project the company did to assess the impact of phones on watch sales. Watch makers, especially those at the lower end of the market, have for over a decade tried to grapple with the problem. The lifestyle category, of course, is immune from it.

The results Titan saw were interesting: While it did not affect demand from those over the age of 25, those younger than that tended to bypass watches and go straight to mobile phones. At the same time, every twelfth enquiry at a store was for a child's watch. 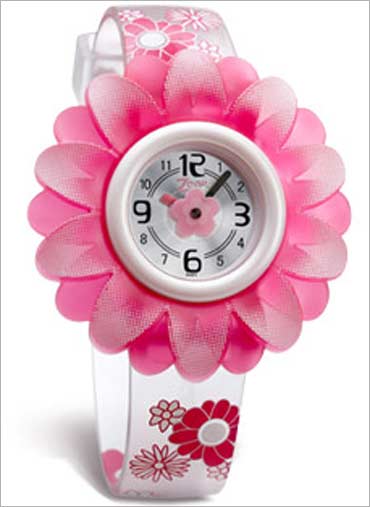 "That's when we realised that as a big watch maker, and to sustain our market share, we have to get into this category," Mitra points out. Shyamala Ramanan, Titan's marketing manager, adds: "We strongly believe that the launch of Zoop has been a significant move for Titan.

Brand Titan has already made its place in the heart of all adults, and Zoop will help us create recall of our brand amongst children below the age of 12 years."

That was nearly two years ago. Following that, Titan researched over 200 children across various cities. According to the study, children consider watches a unique product and amongst the top ten items they want to own.

Some of the other items that have made it to the list include trinkets, bags, caps and so on. Further, it was clear that today's children want something that reflects their personality, and at the same time gets them attention and makes them stand out. 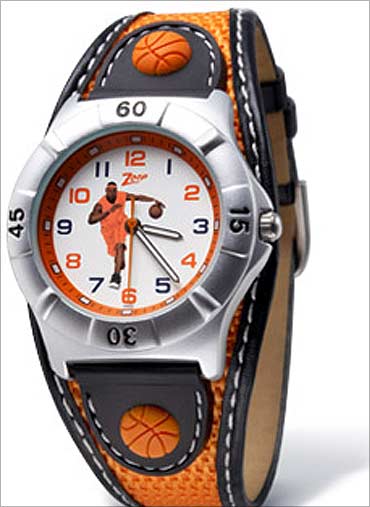 Mitra and her team have tried to use these lessons for features and designs in their watches. As a result, the girl's watches come in candy colours and floral designs, whereas for boys the watch maker has decided to go with the sailing theme using nautical signs and sail elements. Will it work?

Brand consutants are bullish about Zoop. Anand Halve, the co-founder of Chlorophyll Brand and Communications, feels that while Dash was slightly ahead of its time, Zoop might just get it right.

Says he, "Today it's unbelievable how much money parents are willing to spend on their children, while earlier they'd merely buy something unbranded and inexpensive. So maybe it's time for Titan to give it a shot."

Further, he's convinced mobile phones won't replace watches. "Watches are increasingly morphing into accessories; besides, no school would allow children in this age bracket to carry cell phones to class, while a watch is allowed," Halve adds. Another brand expert was more cautious saying that Zoop's success really depends on the kind of volumes it can get.

Zoop was piloted in six cities back in 2008 and has since rolled out across the entire nation that culminated in the recent national launch.

With Zoop, Titan is hoping to sell its wares to a younger audience aged between 5 and10, and at price points of Rs 350 to Rs 900. However, given that unbranded watches can cost as low as Rs 40, how does Titan intend to compete with them? 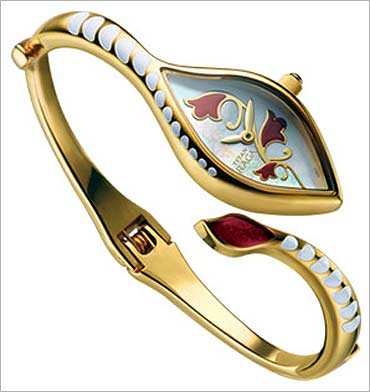 To tackle that, the company wants to create brand pull. It has come out with a television campaign which shows a young boy who wants to be cool; and for that he needs a cool watch. He makes up a story and manages to take his brother's watch.

The ad will air for six weeks on all children's' channels, as well as Discovery, Animal Planet and some general entertainment channels when children's shows are on air.

On the positioning of 'Be cool be more', "Every Zoop watch is designed keeping in mind the playfulness, vivid imagination and the cool attitude that today's children exhibit," claims Ramanan.

In addition to that, there will be a print campaign and a host of contests for children. Titan is also working on a digital initiative to promote Zoop. It is chalking out a school contact programme, though Titan executives stop short of divulging the details.

All this hasn't come cheap for Titan which has spent as much as Rs 2 crore (Rs 20 million) so far on marketing the brand. More could come in the future. "We intend to aggressively push this brand," says Ramanan. 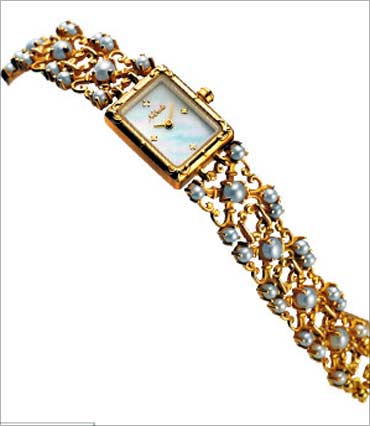 An equally important point for the company was the name. Titan has always been known for catchy, quirky names like Nebula, Raga, Regalia, Octane and Xylys.

This time too, it was keen to have a name that stands out. For that it hired Ormax, a research outfit, which has a company called Cognito that generates and researches names for brands. According to Titan executives, getting the name right included three things:

Understand the brand idea, shortlist from a long queue of names, and research children. "We had to see how badly a name could be misspelt, whether or not it had a meaning in other languages, and children were even asked to mispronounce deliberately," explains Mitra. Consequently, Zoop, a phonetic sound, emerged the winner. 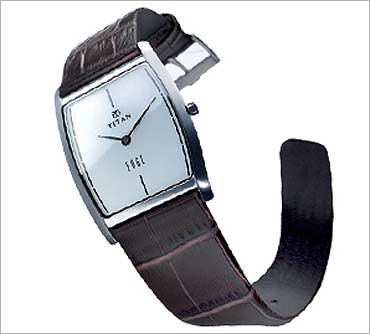 Titan is India' largest watch brand - it has 60 per cent of the organised market for watches.

It has segmented the market finely: Sonata for the masses, Fastrack for the youth, Raga for women, Nebula (made in 18-carat gold) for the affluent, Swiss-made Xylys for the connoisseur and Titan Edge (touted as the world's slimmest watch) for the trendy.

Zoop, targeted at children, plugs the one gap that remained in its portfolio. It also sells in its stores foreign brands like Hugo Boss and Tommy Hilfiger under licence agreements.

Today, Titan has its finger in every pie. Started more than two decades ago, it sells watches, jewelry (under Tanishq brand), eyewear (Fastrack) and eye care products (Titan Eye+).

It initially sold through dealers. A few years on, it realised that it needed to be in regular touch with customers and thus decided to open its own stores and franchise. Zoop will be sold in 1,200 multi-brand outlets and about 298 World of Titan stores across 140 cities and towns in India.