Queen is to cut spending 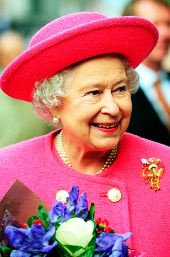 The British Queen is to cut her spending by nearly 200,000 pounds this year, and has imposed a pay freeze on her senior staff in the wake of the economic crisis in the UK, a media report said.

According to the Daily Express, a recruitment freeze is also under consideration at the Buckingham Palace where the total staff numbers have risen by 15 to 300 in a decade. Staff leaving are unlikely to be replaced.

"They are going to look at every post," a senior Royal courtier was quoted as saying. In fact, the Queen has been under pressure to rein in her costs after a 4.9 per cent rise in her spending in the past year from 14.4 million to 15.1 million pounds, partly caused by a 400,000 pounds contribution to help fill a one million pounds black hole in pension provision for her aides.

The details came in a report by the Royal Trustees into a decade of Civil List spending. Both earn more than PM David Cameron -- salary 142,500 pounds.

In 2011, palace spending will fall back to 14.9 million pounds, a 1.3 per cent drop, after the UK government announced that the Civil List will be frozen at 7.9 pounds million for another year.