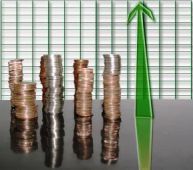 India Inc is expected to dole out the highest salary hike of 10.6 per cent in the Asia-Pacific region this year, riding on strong recovery in the economy and business sentiment, HR consultancy Hewitt Associates said.

As per Hewitt's annual Salary Increase Survey 2009-10, the double-digit hike in salaries are anticipated for this year led by sectors like telecom, engineering, pharma and energy.

"The economy has shown faster recovery in sectors relying on domestic consumption while recovery in those which have global dependence is expected to gain speed by mid 2010.

"This growth and fact that 2009 saw a lot of salary freeze and cuts, are providing an impetus for healthy increase in compensation for employees," Hewitt leader performance and rewards consulting practice (India) Sandeep Chaudhary said in New Delhi.

Indian owned companies are expected to outperform multi-national corporations with a projected average increase of 11.4 per cent as against a 10.2 per cent by latter in 2010. The survey covered 465 companies across 20 primary industries in the country.

Other Asia Pacific countries including China, Japan, Singapore, Australia and Thailand are projected to get single digit salary hikes in the range of 2.1-6.7 per cent in 2010.

Energy, telecommunications, pharmaceutical, EPC (Engineering, Procurement and Construction) and automotive are among the sectors projecting highest increases ranging from 11.6 per cent to 12.8 per cent for this year, the survey revealed.

Moreover, technology and outsourcing sectors have shown tremendous recovery over 2009, but are playing cautiously with single digit increases in the range of 8.5 to 8.9 per cent.

Banking and financial services sector, which were adversely hit due to the global downturn, will see a positive recovery with salary increase projection for 2010 at 10.5 per cent.

"Organisations in India are positive and are looking at measured, realistic growth, with a keen eye on cost consolidation and prudence," Chaudhary added.

As per the report, salaries would increase across all employee levels with junior manager or professional level expected to receive the highest hike at 10.9 per cent.

The survey findings revealed that in keeping with the focus on cost and performance, variable pay as part of total compensation continues could grow with 24.8 per cent of top executives' pay coming through this route.

It also revealed that percentage of companies planning to cut salaries in 2010 has fallen to 0.7 per cent from as much as 7.4 per cent in the previous year.

Further, companies are also letting go of salary freezes with just 2.4 per cent expecting to do so this year as against 22.4 per cent last year.