Insurer American International Group will recover $45 million from its employees given as retention  payments last year and return the amount to the government, a media report says. 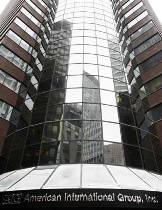 Attributing to people familiar with the matter the Wall Street Journal report stated, "AIG would recoup $45 million in controversial 2009 retention payments made to employees, in part by reducing retention awards slated for employees who have already left the firm."

The people said that AIG employees have agreed to return $40 million.

The majority government-owned insurer is expected to deduct remaining $5 million from 2010 retention payments slated to be paid to former AIG employees, the WSJ quoted one of the people close to the matter as saying.

Some of the 2010 bonuses were slated for employees at the financial-products unit, who left the company after parts of the business were wound down or sold.

"We are confident that we will reach the repayment number," WSJ quotes AIG spokesman Mark Herr as saying.

In March last year, the government determined it was powerless to stop $168 million in payments to employees of AIG's financial products unit, but vowed to recoup some of the money.

Tatas may have to buy out AIG in insurance JV